Analysis of the state of the nation address 2016 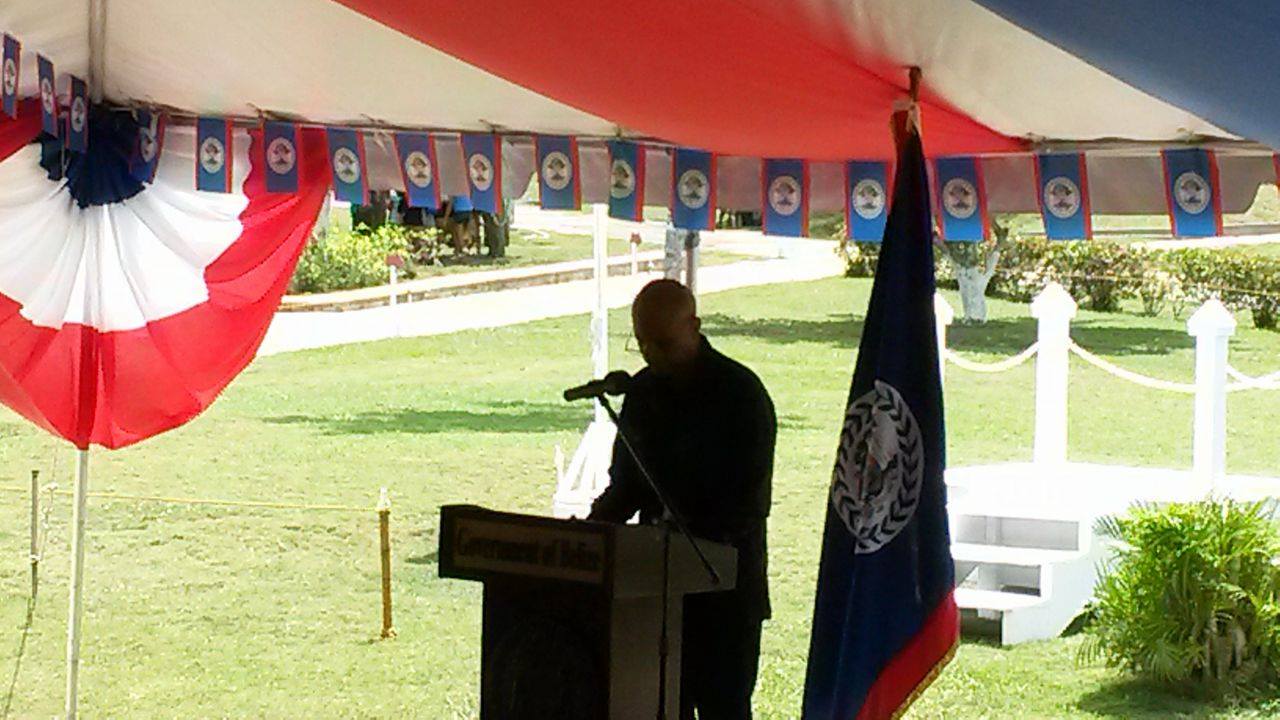 He departed from his usual gloating over a robust economy “flush with cash”, and pronouncements of gift giving such as “mortgage forgiveness”, “scholarship loans write off”, “pay raise”, “increase in pensions”, “free increase in internet speed”, “direct cash transfers”, “free food hamper”, etc….his tone was very somber….the only time his voice became excited was when he spoke of the “breath-taking physical beauty” of Belize.

This strategic divergence from his normal self is what underpins the truth….that Belize is in a rather difficult spot, and that its leaders do not know how to fix it.

He chose to anchor his speech on the theme of this year’s celebrations: sovereign and strong, together as one.

“And that is why support for party, organization, group or clan, is always subordinate to loyalty to our Belizean nation. And so we beat back any possibility of erosion or crackup from within.” This statement suggests that his government maintains a NATIONAL united front to external sovereignty risk….but this is not very obvious for citizens of Belize to see.

“There is in fact a built-in precariousness to territorial integrity when our country is bordered by a much larger neighbor with revanchist aspirations; a neighbor whose size and power, even if not expressly deployed militarily against us, by their very fact are continuing, intrinsic threats to our reality.” To suggest that the GAF is not expressly deployed against us goes against every evidence Belizeans have of what is happening on the ground at Sarstoon and the so-called “adjacency zone”….a situation that looks even worse with the large numbers of nationalized Guatemalans, some of whom are getting more brazenly offensive to Belizeans even though they earn their living here.

He did not mention the referendum on the ICJ…he did not mention any negotiations to get some kind of security treaty with the UK or other regional and international allies….he did not mention any financed initiative to internationalize an actualized Belize position at the United Nation’s and across the world…he suggested that Belizeans should find comfort in that we now have two “helicopters and super modern cutters”. No mention was made of a financed initiative to drastically improve the human and material management and resources for our front line and ultimate defenders of sovereignty.

He praised the foreign service officers, BDF and Coast Guard for their work to keep Belize sovereign having “prevailed against powerful odds in a manner and to a degree which is tribute to that Baymen’s blood coursing through our Belizean veins.” He has now wholly joined with his Foreign Minister who keeps reminding the people of Belize of how weak they are compared to Guatemala.

The Prime Minister acknowledged a “slackening of the GDP numbers”……his explanation being “a complicating factor since we are experiencing a recession caused by the vagaries of the commodities cycle: agricultural sector disease, the drying up of our petroleum resources, and the crash in global prices. It is, of course, a recession made worse by Hurricane Earl.”

Even though he explains the cause of the depression, over which we have some control, to be the challenges faced by the productive sector…..no plan was shared as to how government will work with the private sector to get over the hurdles….he left it up to “those hardy farmers in the South are doing all they can to accelerate the recovery.”

“My confidence today, then, is for a full return, by the start of the next fiscal year, to GDP growth and financial system normalcy. But that confidence is marred by one thing: fear of that other hurricane called the SuperBond. So I will say just this. If it is the last thing I do before I leave office, I will solve once and for all that problem. And it will not take anything like the four plus years I have left on my Constitutional mandate.” He continues to throw that old and tired stone at the opposition….even though he has more than doubled the national debt stock….and plans to continue loading up the people of Belize with more debt by his own account. This PM, also Minister of Finance, has presided over a low-to-no-growth economy since taking office in 2008….his forecast for return to growth in the second quarter of 2017 reminds Belizeans of his “imagine the possibilities” pie-in-the-sky.

“Our dollar continues strong and securely underpinned, though our correspondent banking woes are still a problem. Three out of the four local commercial banks now enjoy full correspondent relationships with US or UK banks. But the fourth is still searching and until it succeeds its inability to route external flows for its customers does create a foreign exchange choke point. But our Central Bank is working to solve that problem.” His own Central Bank Governor has recently suggested otherwise in black and white.

Both this UDP government and the last PUP government followed the same strategy…..government-led, public infrastructure spending (based on ballooning debt) that feeds corruption….rather than investing in and drafting new policies for an increasingly competitive and productive, post-colonial, economically independent Belize.

III. TOGETHER AS ONE

He started his speech with the opening statement “This year’s September Celebrations came at a time of great division in our country.”

“But that ‘together as one’, that latter part of the formulation urged by this year’s theme, is more problematic. It requires us to summon up all our energy, all our goodwill, all our patriotism to make it happen.”

He does not explain the cause of this great division….refused to accept that, under his watch, Guatemala is exercising its power over Belizean territory in the Sarstoon, and made no plan known as to how this will be reversed….made no mention of the beheading of Pastor Lucas and the call of the people for an international investigation into this and the relationship of the alleged actors to senior ministers of his government….made no commitment to signing UNCAC anytime soon as part of a wider strategy to reduce corruption in government….made no mention of the teachers demands for immediate implementation of the agreed salary adjustments, even in the face of his ongoing disbursements to pay the large amounts owed to the Ashcroft Alliance, and his puffed up announcement of his plans to purchase a new and expensive SUV for his Minister of Education after the one he had was driven into the sea at Belize City….did not so much as refer to the Auditor General’s report on Immigration and Nationality passport and visa scandal, much less accede to the people’s call for a comprehensive Senate Committee hearing on the report….made no commitments regarding demands for full implementation of the Public Accounts Committee and the Integrity Commission…did not address any of the tax reform measures being contemplated in the face of increasing debt and declining production and exports….not even a whisper about PetroCaribe and the calls for a comprehensive audit from source to use of funds….no announcement of his intentions to retreat from positions where he has his close family members making millions off his government. These are the principal causes of the great division he acknowledge exists in Belize today.

Hopefully he listens to his own advice “It is that spirit of ultimate oneness which must now help with the binding up of our wounds, the pressing ahead of the reform agenda, the partnership with our Public Officers and Labour and Business and the Churches.” However, if the past is any predictor of the future, Belizeans mostly believe that they can expect more divide and rule tactics.

“So, this is no time to cut and run, no time for discouragement. No time for what Nobel Laureate Saul Bellow called ‘the cant and rant of pipsqueaks’. Let us rather channel National Hero George Price. For we are still, and ever must be, nation builders all. We must fix whatever has gone wrong and continue the forward march. We must bring healing on the basis of compassion and understanding and the infinitely sheltering capacity of Divine love. We must unceasingly strive to shine and polish this Central American Jewel set, to magnificent advantage, in the Caribbean basin. We must build and expand this country of progress and reform and social justice where, as was said on that first Independence Day, every man, woman and child has a stake, a real stake, in the life and work of the new Belize.” If only the Belize people saw the Prime Minister moving in this direction, summarized in this closing statement, there would be more hope….but the direction in which Belize is headed looks and feels much different to most Belizeans.

Belizeans….tighten your seatbelts….the best is yet to come…but it will not be arriving anytime soon. Your leaders have no vision.

ALL Belizeans MUST continue to put pressure from all angles on this stubborn, self-serving government…and on Her Majesty’s Loyal Opposition, which also stubbornly refuses to look, talk and act different from its sordid recent past…if your just cause and best interest is to be served.