Analysis of the state of the nation address 2016

Guatemalan President tells the UN that Belize is the ‘bad neighbor’ 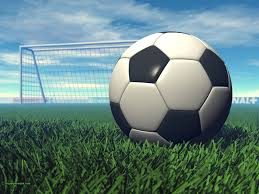 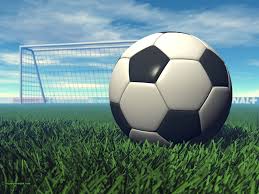 By Erwin Saravia: Football, basketball, volleyball and softball are just a few of the most popular sports in the world. In Belize, football holds the title for the most loved and popular sport. Have you ever asked yourself: why is it that football is not growing or show any signs of development in Belize? I have taken on the task to point out a few reasons:

Lack of prepared individuals- We do have prepared individuals in Belize who are not given the chance to showcase their knowledge. We also have coaches who are in charge of teams participating in Belize’s most prestigious league,’Semi-Pro’. These coaches, who have acquired more experience over the past few years, have little to no education or preparedness in the football tactics, strategies, and formation analysis. These three fields are very important to master the sport of football. Over the last 10 years Cuba has been awarding scholarships to Belize in physical education, and during this time, a total of 25 students have completed and have been awarded a certificate by the ‘EscuelaInternacional de EducaciónFísica y Deporte’ in said field.

No support from fan base- All around the world clubs are supported by a fan base, a fan base called ‘socios’. What are socios? A group of people that come together to help put something together. A socio in Spain pays a total of 89.00 Euros per season towards their club of preference.  In return that socio is given an ID, a season pass, the rights to vote for a group of directives (I will speak about this next). Even the most unpopular club has at least 250 socios earning €22,250.00 (€89.00 x 250 = €22,250). Stadiums in Belize have capacities of up to 5,000 seats – can you imagine the amount of revenue that can be generated if the entrance fee is set at $10.00 per regular season game? Now the question that may arise is, why are Belizeans not supportive of football? A minimum wage earned by Belizeans according to the‘2012 Labour Force Survey’ is $26.40 per day and $3.30 an hour. The entrance fee for a football match is $10-25.00 depending on whether it is for a regular or playoff game, and $35.00 for CONCACAF Champions League matches. With that being said, a Belizean earning the minimum wage would spend a day’s earnings to attend a single football match. Why have I mentioned minimum wage if there are many people earning a bit above that wage? It is an undisputed fact that the biggest supporters of football are the poor and underprivileged, not only in Belize, but all around the world.

A football team needs a group of directors- Last season the BelizePremier Football League (BPFL) had six teams participating, three of which were managed by a single Belizean. Those three teams were Police, BDF, and Bandits. Now, let’s use a British club as an example:  Chelsea. Chelsea is a first division team owned by a Russian billionaire (Roman Abramovich). Abramovich is the proprietor of Chelsea, but under Abramovich is a Board of Directors. A Club’s Board of Directors includes a President, Vice-President, Sports Director, Marketing and Communications Manager, Financial Manager, and Scouts Recruit Manager. Under the Board of Directors is the Team Managing Staff which consist of, Manager, Head Coach, Assistant Head Coach, Physical Manager, and Doctor. Under the managing staff finally comes the team. I have listed the entire pattern in sequence, from highest to the lowest. The proprietor of the club has no say in what the team does, unlike in Belize, where the proprietor is the Manager, who also wants to be the Coach, and even a player. This should not be allowed in a semi-professional team.

Players are not full time football players- A Belizean player takes football as a part time job, working regular hours during the day whether as Public Officers, or in the private sector.  A professional football player must be on a pitch for at least 4 hours a day. Now, I’ll take Barcelona as an example. The Barcelona team trains 4 times a day, while a Belizean semi-professional player trains twice a day at a maximum. Working 8 hours during the day and training for 2 hours at night is not only tiring but can also place great strain on the players’ body. A football player requires proper nutrition and training, but working heavy hours, can negatively affect the athlete, particularly if he does not have proper nutrition. With deteriorating physical health, an athlete will never perform at the maximum of his abilities.