The most powerful way to market Belize’s tourism

Guatemalan President tells the UN that Belize is the ‘bad neighbor’ 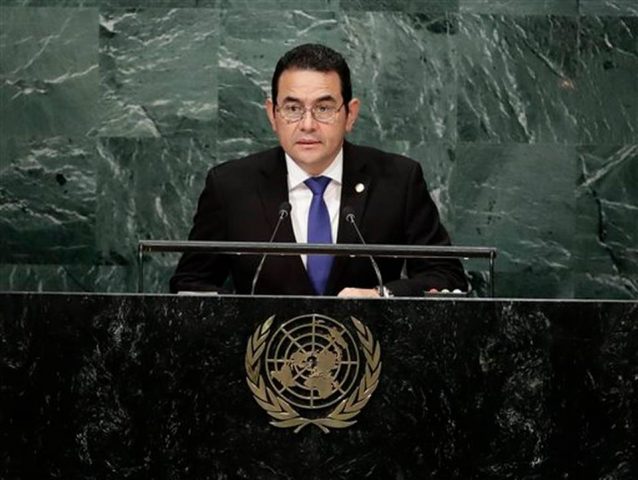 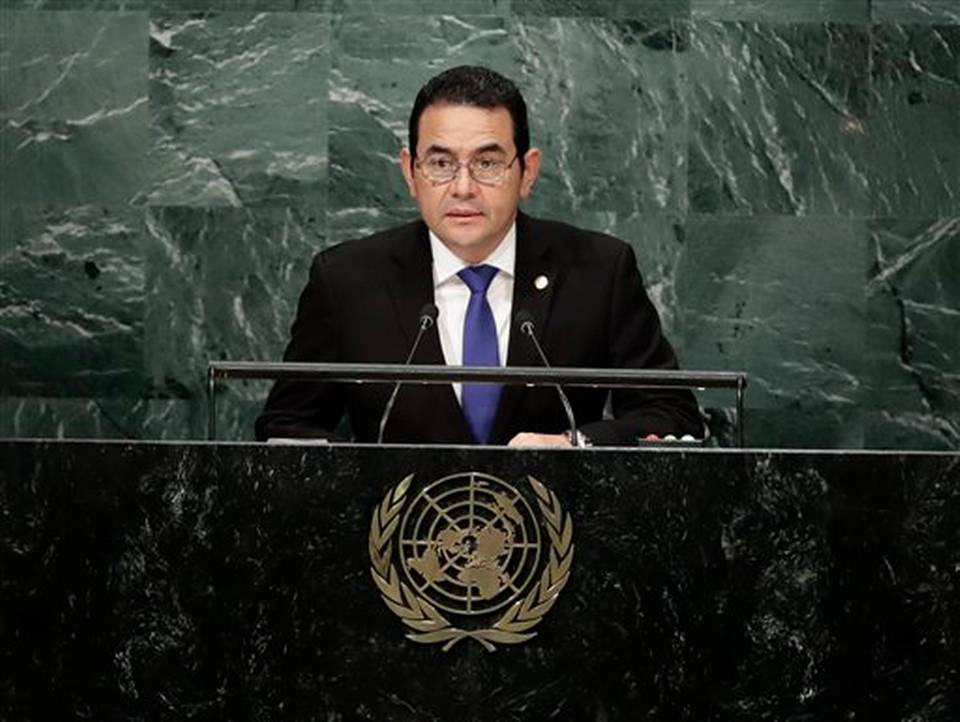 By BBN Staff: Guatemalan President Jimmy Morales, in his address at the United Nations today, claimed that “Guatemala undertakes actions of cooperation and good neighborliness in our geographical surroundings. However, in recent months we no longer encounter such a reciprocal attitude on the part of the Belizean authorities.”

Morales told the world that since 1999, the territorial dispute has claimed ten Guatemalan lives in the Adjacency Zone administered by Belize.

He also used this platform to highlight the shooting death of the 14-year-old Guatemalan minor which occurred in April of this year. He claimed that “the boy was the fatal victim of an attack by armed groups under the command of an army patrol” from Belize. He failed to mention anything of substance from the Organization of American States (OAS) report which vindicated Belize’s army, and points to suppression of evidence and clear attempts at cover up by the Guatemalans.

Rather in a possible reference to the OAS report into the death of the minor, President Morales stated “According to the forensic report by Belize, the child died from multiple gun wounds from a high-powered rifle.” He then switched to evidence he claimed came from the Guatemala forensic service confirming “that there were nine bullet wounds, six of which were in his back, two in the back of the neck and one in the front.” These grave acts, he insisted, directly harm the bilateral relationship and hinder progress towards building trust. The Guatemalan President said nothing about what he would do to improve the livelihood of Guatemalans living near the border with Belize. Neither did he indicate what actions his government will take to curb incursions into Belize by Guatemalans to conduct illegal activities such as milpa farming, xate harvesting, hunting/poaching and gold panning in the Chiquibul reserve.

Despite pointing fingers at Belize, the Guatemalan President stated that Belize is a country with which Guatemala aspires to have a privileged relationship; one that includes a permanent dialogue for the solution of common problems.

He ended by expressing his commitment to permanently resolve the territorial, maritime and insular dispute with Belize, while drawing attention of the international community to “the risks to international security while maintaining the impasse on our dispute and consequently the geographical delimitation because it is no secret that powerful transnational criminal organizations thrive on the differences between States and are capable of occupying pockets within undefined territories that lack effective control”.