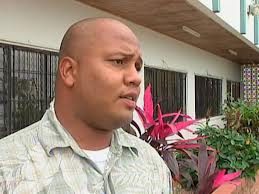 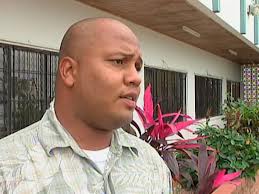 By BBN Staff: Citizens Organized for Liberty through Action (COLA) issued a release today with regards to a press release issued by the National Institute of Culture and History (NICH) in which it informs the public that Guatemalan George Anibal Orellana remains a member of the NICH board of directors contrary to reports on social media over the weekend.

COLA has demanded that GOB and NICH explain: “How it is that a Guatemalan national has been placed in a decision and policy-making capacity on a body tasked with furthering Belize’s culture and history. Our nation is currently being bombarded by Guatemalan propaganda to the point that even the Guatemalan President has lashed out against us in international forums. But NICH can proudly state that a Guatemalan holds a position on its Board of Directors.”

COLA goes on to question if there are no Belizeans qualified to fill the post on the NICH board.

“Is it because Orellana is a rich Guatemalan who has forged very close ties with Minister responsible for NICH Elodio Aragon Jr. and UDP mover and shaker Minister Erwin Contreras?” COLA questioned.

COLA said it has obtained information from credible sources in law enforcement that Orellana is under investigation in Guatemala, and says it has also confirmed that Orellana has come under scrutiny from local police for the possession of unlicensed and/or prohibited weapons, a matter it claims was squashed after ministerial intervention.

The release further states that the William Danny Mason scandal, which is still unfolding, and the John McAfee saga which is currently in the spotlight after the release of the Showtime documentary Gringo, have shown that our highest officials are extremely susceptible to “influence” from these rich foreigners coming to our shores. And while these high officials benefit, the nation and people never do, COLA added.

COLA demanded the removal or Orellana from NICH and called on government to investigate his background and his connections wiith high-ranking UDP Ministers.

COLA further calls for clarification in regards to an allegation that one of the directors of Guatemalan-owned Santander, Jose Rodriguez, has been placed in a position at the Export Processing Zone, where he can have a say in the granting of concessions. COLA claims it is a clear conflict of interest and says the people of Belize deserve an explanation.

The release ends by stating that COLA will continue to fight along with the Belizean people against cronyism and corruption, and for the promotion of our nation and people above all.