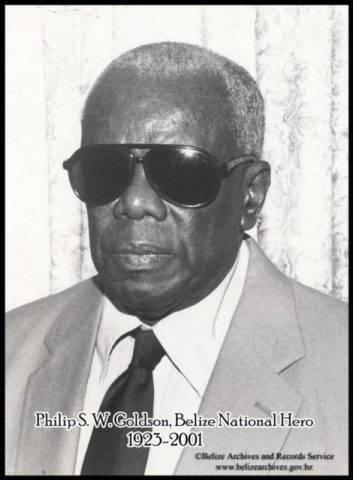 By BBN Staff: The Goldson House for Democracy and Patriotism is marking its one year anniversary on September 28.

It was established last year and this center is dedicated to the life, times and contributions of Belizean leader, hero and patriot, Philip Goldson (1923-2001).

The research and education center includes installations and exhibits that tell the story of his dedication to Belize.

It is located in Goldson’s former home.

To celebrate the anniversary, an invitation is being extended to the public to an open house on Monday, October 3 and Tuesday October 4 from 9 a.m. to 4 p.m.

Nigel Encalada, the director of the Institute for social and cultural research said “We want to remind the public that the Goldson House is here as a resource for students, educators, and anyone with an interest in learning about Mr. Goldson and other key figures in Belizean history,”

There are 3 milestones in the life of Goldson. These include in 1951 when he and three others were arrested and with seditious intention, in part for this statement from the Belize Billboard newspaper, of which he was the editor: “There are two roads to self-government (independence). Evolution and Revolution. We are now trying Evolution.”

Then in 1954, he won a seat in the new British Honduras Legislative Assembly. He served as member for Social Services. During this period he coordinated the building of Corozal Town after its destruction in 1955 by Hurricane Janet.

In 1984, he won his seat and celebrated the first victory of his party (UDP). He was appointed Minister of Social Services. As Minister he established the Family Court, the Belize City Urban Department, the Department of Women’s Affairs, the District Councils, and the Disabilities Service Division.