Ambassador of Honduras presents credentials to Governor General of Belize 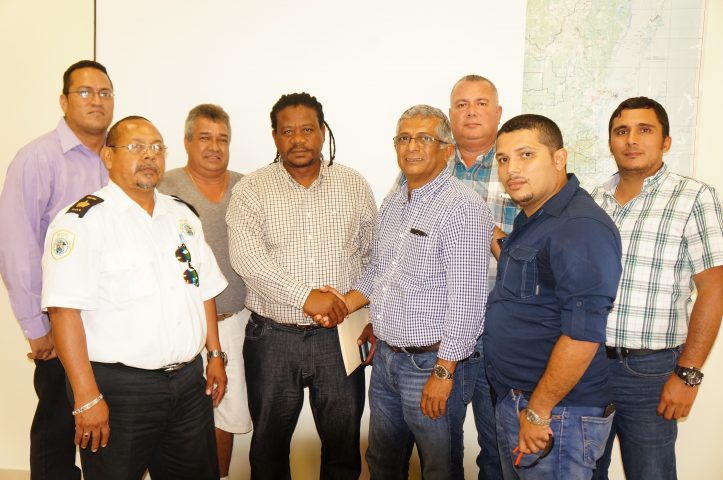 By BBN Staff: The Minister of Transport, Hon. Edmond Castro and top officials in the Ministry and Department of Transport have been meeting with bus operators from all regions of the country.

The meetings have been part of their comprehensive review and restructuring of the nation’s public transportation system.

According to a Government of Belize press release, they have also been meeting with bus companies which transit Belize transporting tourists to and from neighboring countries.

This week, they met with Fronte Del Norte, a Guatemalan bus company. Among the issues discussed was the need for strict compliance with stipulations prohibiting such bus companies from transporting passengers from one point to another within Belize.

“The meeting was cordial and productive, and the Minister of State thanked the representatives of the bus company for their assurances in adhering to the laws and regulations of Belize while providing an essential service for tourists which also brings valuable spin-off economic benefits to the country,” the release says.

Buses from Fronte Del Norte have been transiting Belize for the past 10 years.