BREAKING: Teachers to extend strike by another day 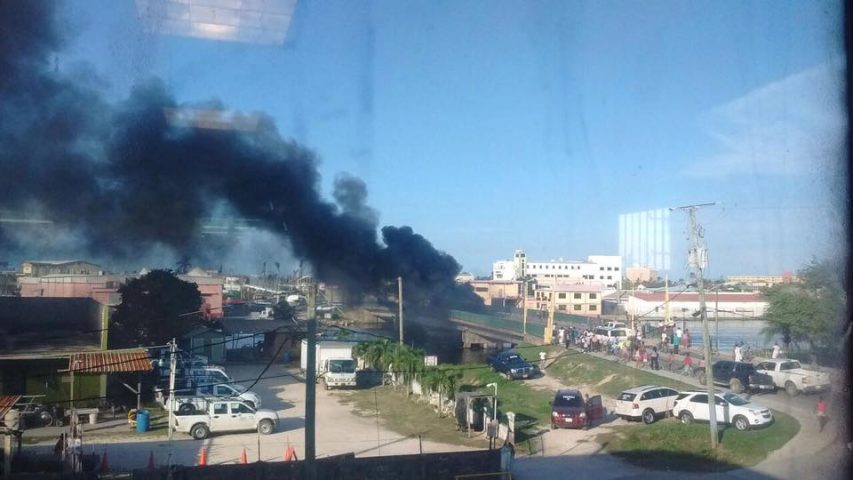 By BBN Staff: Reports reaching our newsroom are that there is a fire on the Belcan Bridge in Belize City.

According to reports, a bunch of tires were assembled and lit on the bridge right at the beginning of rush hour blocking the bridge on both sides.

Firefighters have been deployed to the scene to extinguish the fire.

The GSU have also been deployed to the area and two persons have been arrested.

A source told BBN that supporters of COLA, students, and passerby’s are at the scene as well.