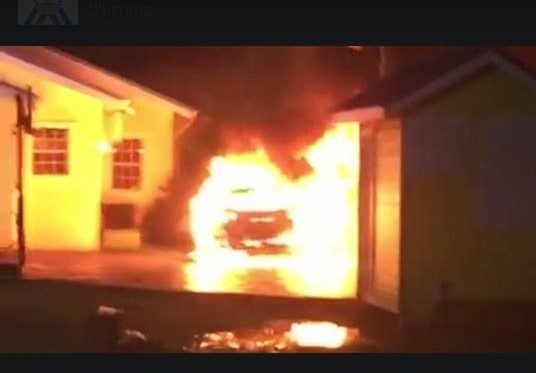 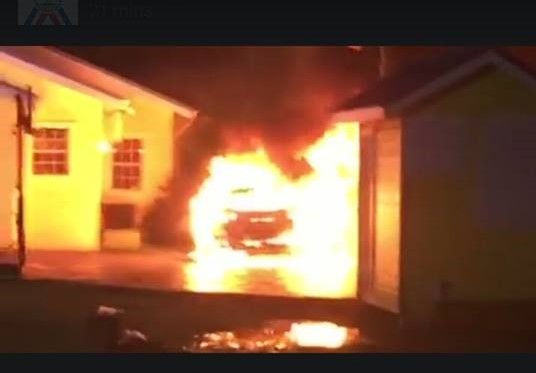 By BBN Staff: Reports reaching our newsroom are that the vehicle of Patrick Faber, the Deputy Prime Minister and also Minister of Education was set on fire last night.

According to reports, around midnight last night, police officials were called to the Deputy Prime Minister’s home in Lords Bank where they encountered a grey Madzda SUV on fire.

A source told BBN that the fire extended to his home causing damages to the gutters and the vehicle is the property of the Government of Belize.

The Minister was at home with two other persons at the time of the incident.

According to the Minister, this is not the first time such acts have come against him since the teachers’ strike began.

The culprit was also caught on camera. Police are investigating.