A Government for all- more infrastructure in the south 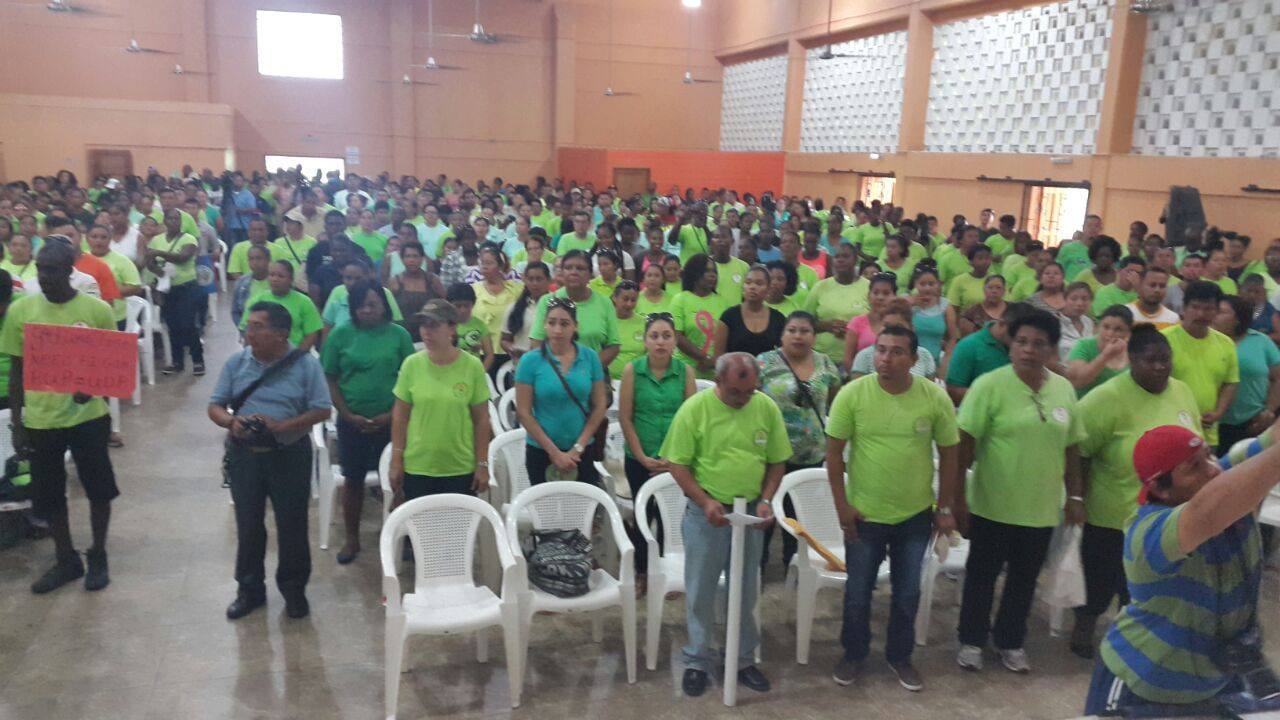 By BBN Staff: The Belize National Teachers Union (BNTU) met with PM Barrow yesterday afternoon in Belize City to discuss issues of the good governance agenda; however the meeting proved to be futile as the BNTU announced this afternoon that the strike will continue on Monday.

At today’s meeting, members of the BNTU were informed that during the course of the meeting with the PM yesterday, his disposition seemed to be NOT to accept or accede to any of their demands as he talked his way around the issues using several excuses including that he needed more time.

The BNTU also announced that a national demonstration is planned for Wednesday, October 19, 2016 in Belize City.

According to the BNTU, they informed their members that the Prime Minister had agreed for a meeting with them for Monday along with the Association of Public Service Senior Managers (APSSM) and Public Service Union (PSU); however he texted the BNTU Secretariat today requesting that it be changed to Wednesday, October 19, 2016 (the same day when the national demonstration is planned).

The BNTU told the media today that they strongly believe that they are being ‘played’ by PM Barrow and further stated that the PM is kicking the ball down that road and they (the BNTU) are prepared to kick it down with him.

There are also new developments happening as the BNTU said that they had a meeting with the Churches today and the Bishop of the Catholic Church expressed his unwavering support for them.

This Monday will be the tenth day of strike action by the BNTU.