Belize to receive $400 million from CDB 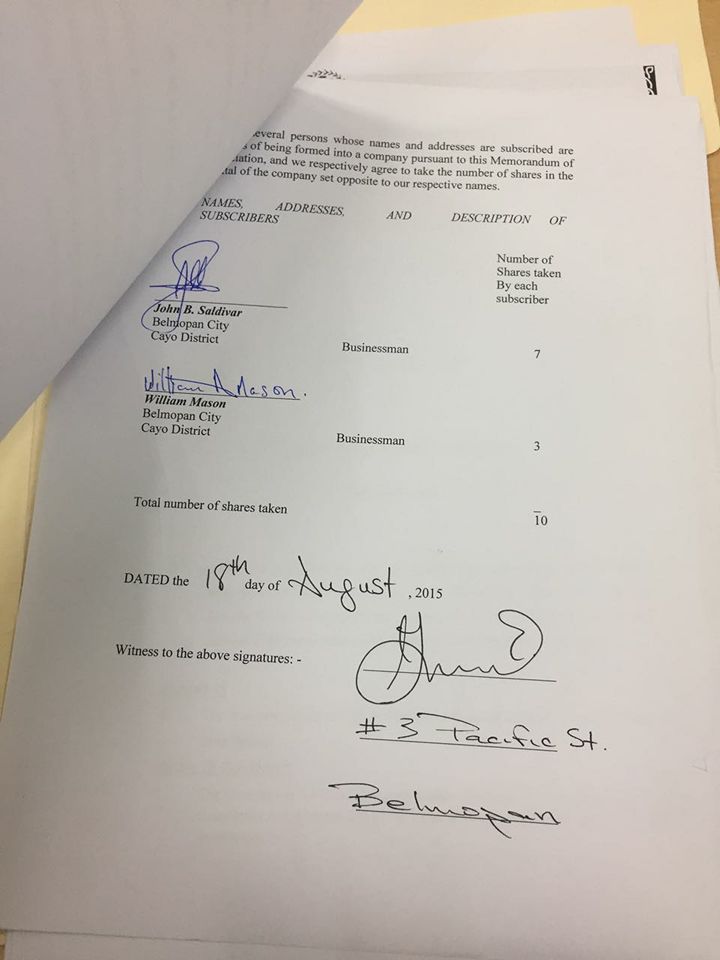 Saldivar had previously reported to the media that he had accepted a $50,000 contribution to the Bandits from Mason. He said that was the extent of his business relationship with Mason, however, the leaked document details how shares in the company are to be split between the two men.

According to the document, which appears to be a Memorandum of Association, shares are split 7-3, with the majority (70 percent) belonging to Saldivar and the rest to Mason. The document is accompanied by the signatures of both men.

The document is dated August 18, 2015. In July Saldivar admitted to learning of Mason’s “unsavory” past and said he had disassociated himself from Mason as of September 2015.

Prime Minister Dean Barrow is expected to address the media this afternoon on an unrelated matter having to do with a scandal which surfaced last week implicating former Minister of lands Gaspar Vega in a scheme to enrich his associates through fraudulent land transactions. Barrow will also likely be asked to respond to this newest report involving Saldivar and Mason.