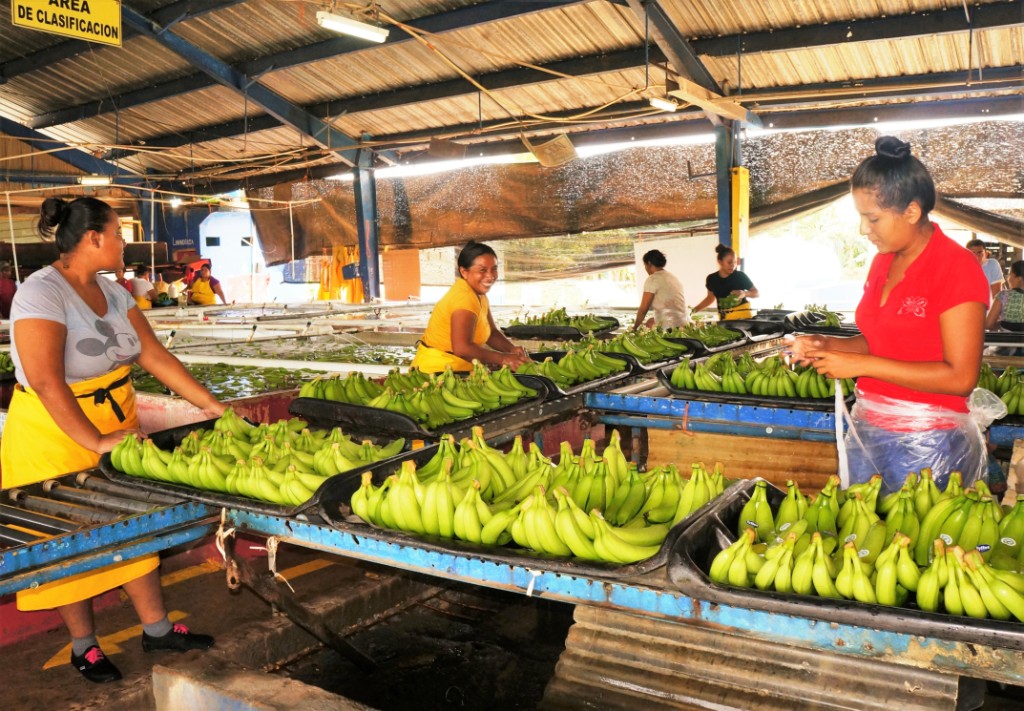 By Delroy Cuthkelvin: A major player in Belize’s productive sector, the banana industry is fighting to recover from natural disaster, and from external factors mainly affecting one of the largest farms in Southern Stann Creek.

In his Independence Day address less than a month ago, Prime Minister Rt. Hon. Dean Barrow stated, “The banana industry was indeed badly hit by the hurricane, but those hardy farmers in the South are doing all they can to accelerate the recovery. The expectation is that we will therefore regain total pre-hurricane capacity by next March.”

One of the most devastating external shocks to the Banana Industry was sustained in October of 2015 when the Irish-based company, Fyffes (one of the main buyers of Belizean banana),severed ties with Meridian Enterprises Ltd, formerly Mayan KingLtd (one of Belize’s largest banana farms), after the United States under the Foreign Narcotics Kingpin Designation Act blacklisted John Zabaneh whose family owns the farm.

Then came Hurricane Earl in August of this year, with preliminary estimates placing the loss to the banana industry within the region of $40 Million. This was after the Statistical Institute of Belize had already reported that banana production in the first three months of 2016 fell by 42% percent because of the closure of Meridian Enterprises and flooding caused by heavy rains.

The struggles of the banana industry have been compounded by difficulties being experienced by other southern-based industries such as shrimp which has been affected by a virus plague since November of 2015, and citrus which has been struggling to cope with the citrus greening disease. Speaking of these industries in his Independence Day 2016 Address, Prime Minister Rt. Hon. Dean Barrow optimistically stated, “On the productive sector side of things, the shrimp rebound from the virus that decimated our stocks is in full flow, and we will begin to export again at the start of 2017. Citrus prices are robust and ticking up, and the only challenge now is financing for increased production.”

The travails of Belizean banana and these other southern-based industries, which are all key players in the productive sector, have contributed in large measure to the economic recession, which Prime Minister Barrow candidly conceded in his Independence Day Speech, we are experiencing. “But it is also a recession from which, I must say at once, we will absolutely recover,” the PM reassured. And we, for our part, must concede that the expression on the faces of workers in the banana industry, which we witnessed last Friday when we visited Farm 3 in the San Juan/Cowpen area, vividly exemplifies and personifies the resilience and optimism that the PM declared in his Independence Day address.