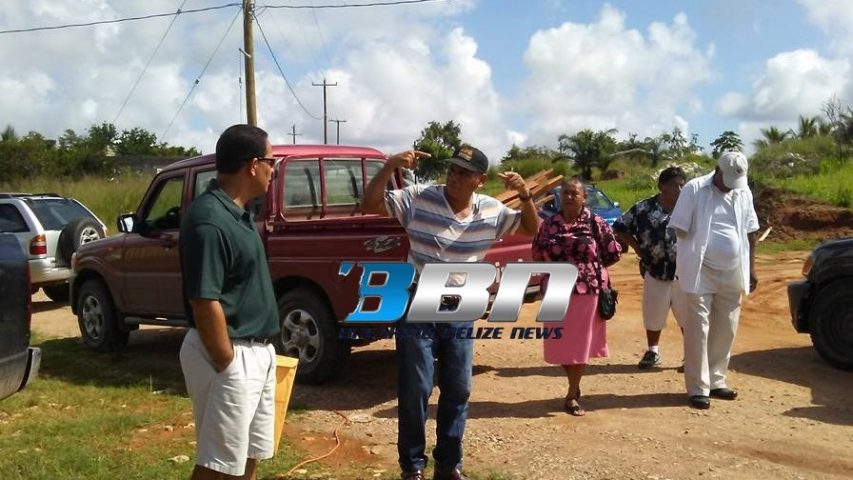 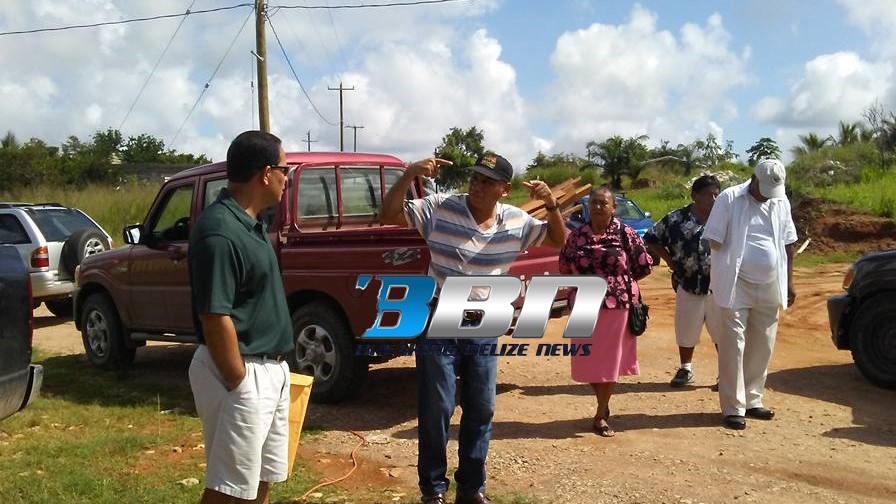 By BBN Staff: Residents in the Bradley’s Bank area of Santa Elena in the Cayo District are outraged as yesterday, businessman and real estate developer, Santiago ‘Shang’ Mendoza, informed residents that the 20 acres of land that they reside on belongs to him. He produced two original land titles (one for 1.81 acres and another for 18 plus acres) showing ownership of the land by Cayo Developers Company Ltd., a company owned by Mendoza.

Mendoza went from house to house informing residents that his attorney advised him to proceed to exercise his rights and therefore he has decided to excavate a 10 feet deep and 10 feet wide trench around the land so that no one is allowed to enter. This he claimed has to be done as while Government claims to have acquired the land for distribution as residential lots, his attempts to discuss compensation with the Commissioner of Lands and the Government of Belize has fallen on deaf ears.

Mendoza informed residents, and produced evidence to show, that in 2002 he purchased the private farm land from Mr. Tony Vera, a well-known resident of Santa Elena.  However in 2010, the Ministry of Works moved in, bulldozed and surveyed the area, and began assigning lots. Residents obtained recommendations from the Area Representative for Cayo Central, Hon. Rene Montero, and later many residents obtained titles for their parcel of land. Residents are very concerned because many of them have built houses on their lots in the small developing community.

Central to the current dispute is that Mendoza claims he still has his original land titles, no one in Government wants to meet with him to discuss the acquisition and compensation, and he has not been paid a single cent by Government since 2010. In addition, Santiago Mendoza and Hon. Rene Montero are known adversaries as Mendoza is considered to be a strong PUP supporter.

The residents affected organized and held a meeting at 9 this morning to bring together their land titles, discuss approaching the lands department and to find the most amicable way to resolve the current dispute.

This morning San Ignacio police escorted Mendoza from the site to the police station and advised him to seek legal recourse rather than attempt to dig the trench around the 20 acre block of land.