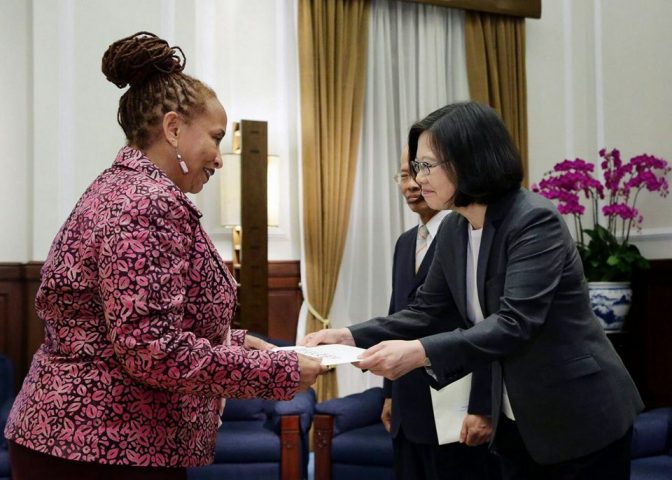 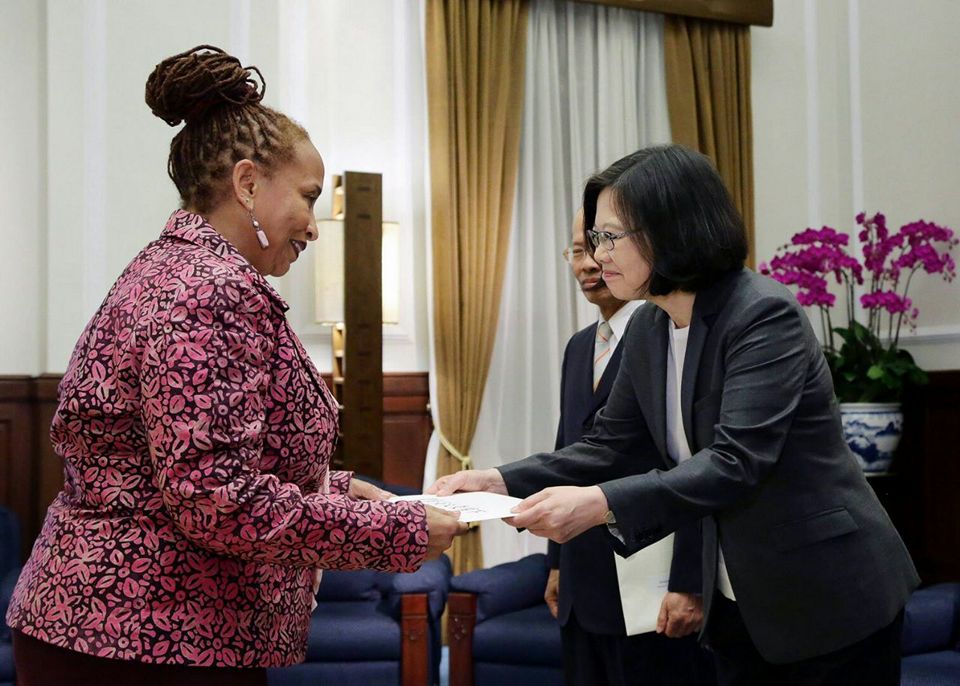 By BBN Staff: Her Excellency Ms. Diane C. Haylock, Ambassador Extraordinary and Plenipotentiary of Belize to the Republic of China (Taiwan), presented her Letters of Credence to Her Excellency Dr. Tsai Ing-wen at the Presidential Palace in Taiwan today.

“Upon receiving the credentials from H.E. Ambassador Haylock, President Tsai warmly welcomed the new Ambassador to Taipei. President Tsai noted that in recent years, bilateral cooperation has grown tremendously, and reciprocal visits by high-ranking government officials have been frequent, which is testimony to the strength of the close ties and friendship shared between Belize and Taiwan”, states a press release from the Government of Belize.

According to the release, H.E. Ambassador Haylock extended her felicitations to H.E. Dr. Tsai Ing-wen on being the first female president to be elected in Taiwan and said that Belize has benefitted from its relationship with Taiwan in the areas of sustainable aquaculture, institutional strengthening, promotion of tourism, human resource development by way of scholarships and training opportunities, trade and investment, and poverty alleviation.

The release also mentioned that Taiwan has played an integral role in Belize’s quest to end the long standing unjust claim by Guatemala through its participation in the Group of Friends.

The release ends by saying that, “Both President Tsai and Ambassador Haylock expressed their commitment to further advancing the strong, mutually beneficial bond of friendship, understanding and cooperation that Belize and Taiwan have forged over the last 27 years.”