By BBN Staff: Yesterday, the BNTU issued a press release calling on the Government and the Ministry of Education to ‘stop the aggravation’.

The BNTU notes that, in a memo issued to Managing Authorities, the Ministry informs that they will withhold the salaries of teachers who participated in the strike. The memo also requested attendance of teachers during the strike and a deadline was given for the submission of such information.

In their release, the BNTU advises its members that the union is seeking legal advice on this latest attack by the Government and the Ministry to determine how to deal with the implications of the memo. The union also reminds Government that the strike is only ‘on hold’.

The release goes on to explain that despite the teachers’ good faith to make up lost time with students, the Government continues to act in bad faith by attempting to strong-hold the process governing payments of grants and salaries.

It ends by stating that the union makes a call to the management of schools to not succumb to the threats and bullying tactics of the Government and reminds that by law, the employers/managers have latitude in dealing with the payment of salaries. 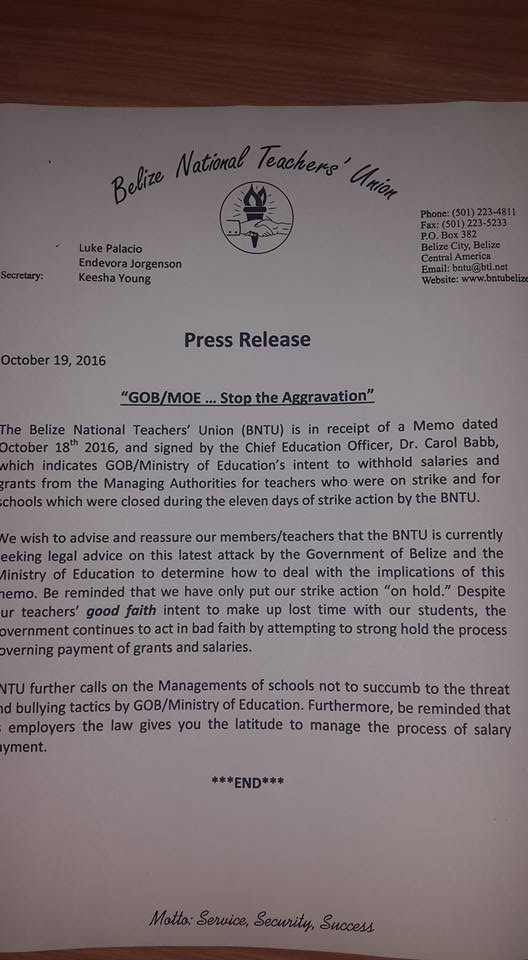