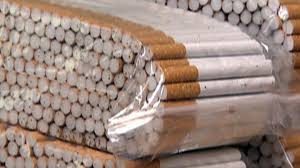 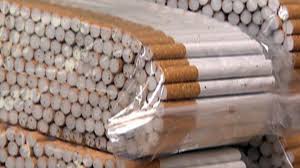 By BBN Staff: With its laxed customs regulations, Belize may have developed a reputation as being a regional hub for contraband cigarette trade.

Insight Crime, an online publication that investigates organized crime in Latin America and the Caribbean, described how the well organized contraband ring works in Belize.

Belize’s porous borders, lack of security measures and rugged geography, may all have contributed to the success of this  organized criminal activity .

Its Corozal Free Zone has become the capital of this purported cigarette smuggling.

“Black market cigarettes from countries such as India, China, Switzerland, Paraguay, and Panama are sold in Belize’s northeast border region, tax free and for a fraction of their normal legal price,” according to another publication, ElPeriodico.

The cigarette trade in Belize is so lucrative that an official from tobacco company, Phillip Morris International (PMI), accompanied ElPeriodico’s reporters to Corozal and negotiated the purchase of 10.8 million cigarettes for only $314,000 which would normally cost a Guatemalan retailer $500,000.

According to reports by the PMI, “the majority of cigarettes enter Belize via a Paraguay-Uruguay-Panama route, and then usually leave Belize by land over the border with Guatemala or Mexico, in vans packed with merchandise.”

This contraband cigarette trade is so rampant in the region that Guatemala sells 18 percent contraband, compared to 11.7 percent in El Salvador, 10 percent in Nicaragua and Costa Rica and 70 percent in Panama according to data by El Periodico.

Law enforcement officials in this region have beefed up their security to tackle the cigarette contraband trade.

Recently officials in Peten discovered an abandoned truck with three million contraband cigarettes, believed to have originated from Belize.

While Belize continues to serve as the region’s scapegoat, Corozal is not the only free trade zone to attract the attention of criminals.

Reports reveal that, “In Colon, Panama, drug traffickers use the zone to launder profits, purchasing goods which are then shipped to Colombia and sold at a discount price, converting drug dollars into Colombian pesos.”