BTB is a part of the “Government Outside the Government”

By Richard Harrison: The Belize Tourism Board (BTB) is a Statutory Institution in Belize which falls under the Ministry of Tourism, but can be considered a part of the “government outside the government”.

The mandate of the BTB is “The fundamental functions of the Belize Tourism Board (BTB) are to provide support to the local and international tourism agencies, accommodations, tourism related businesses and general public. These functions are fulfilled by various strategic units which are led by the Tourism Director.”

There are many such organizations (public sector corporations) created through statutory instruments, such as Central Building Authority, Airport Authority, Belize Agricultural Health Authority, Border Management Authority, to name a few.

They ALL have the authority to set tax rates and to collect taxes….but they do not have the legal obligation to publish annual independent audits, nor do their budgets appear in the annual national budgets.

They are pretty much independent corporations, managed by a politically appointed Board of Directors; in which the Minister usually have final say….operating outside the “central government”, and outside the direct oversight of the Auditor General, the Financial Secretary and the Attorney General offices….they are for all intents and purposes “outside the government”. 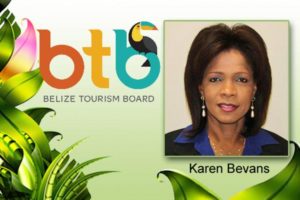 In the case of the BTB….they administer the Hotel Tax (9% of hotel room sales) and the cruise tourism Head Tax (US$7.50 per person).

They keep the entire Hotel Tax, and share the Head Tax with the Belize City Council and the National Institute of Culture and History (NICH). Their revenues are estimated at around $50 million per year and climbing….since tourism is the ONLY industry reporting growth in Belize at this time….and their revenues are directly linked to growth.

The BTB website (travelbelize.org) is gross outdated, does not include their annual reports nor their audited financial statements….it is mostly pictures and short prose and poetry….very scant information, analysis and plans for the tourism sector. This is a symptom of an inward-looking organization that expects people to physically go to their offices if they want information on the sector….not an outward-looking organization that seeks to attract the world of investment and trade, using methods of least friction.

Most importantly, it reflects an organization that believes, deep inside its bowels, that it has no obligation to report to the people of Belize.

At what point does the BTB start to contribute to the “national budget”?

If tourism grows 100% over the next 10 years, their revenues will increase to over $100 million…..if this happens, do they just keep those extra revenues and continue to spend it and live lavishly, while the rest of the country suffers? Or should they start contributing a 25% “income tax” to the national budget now, as all persons earning over $25,000 are required by law to do?

At what point does the BTB start to be accountable to the Auditor General, Financial Secretary and Attorney General?

After all, the taxes they collect are not theirs….it is for the people of Belize….and these budgets need to start being reflected in the national budget…with oversight from those in our central government charged with ensuring that public funds are used efficiently and effectively to implement approved plans. When will they need to advertise ALL employment and business opportunities? And to put all contracts out for public tender? Instead of all these insider deals with political and personal favorites in publication, marketing, training, etc?

At what point are the tax rates reduced?

Belize economy needs to be a lot more competitive….a vacation of similar quality in the Riviera Maya can cost as much as 50% below a vacation in Belize…and with Cuba now a serious contender, Belize needs to compete in cost where it has to, and in quality where possible.

When will the responsibility for generating tourism statistics come under the Belize Statistical Institute?

Nobody in the industry I have spoken to believes the numbers that the BTB put out. This year they are reporting 16% growth over the first 9 months of 2016. No doubt there has been some growth…..but no where near that much. Accurate numbers are vital not only for improving and monitoring tax compliance, but as important, for informing plant property, human-development and other investment decisions.

In short, Belize needs to bring all these statutory organizations into discipline…..they are run-away children being abused by the status quo and the political elites….and BTB is a good place to start.