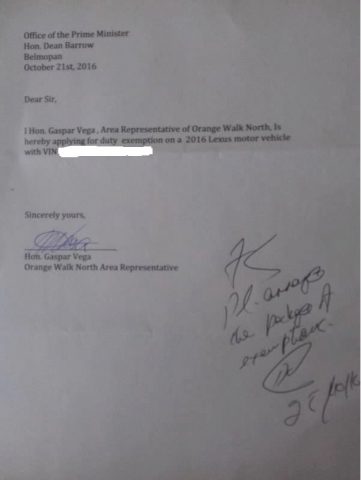 At the bottom of the letter is a signed hand written note directing the Financial Secretary to “Please arrange the package of exemptions”. The note and signature appears to be that of the Prime Minister.

The request for a duty exemption came four days after PM Barrow announced Vega’s resignation from Cabinet amid a scandal in which Government had paid Vega’s son BZ $400,000 for a land transaction which occurred when Vega was the Minister of Natural Resources.

While this may appear to be an attempt by the Barrow government to appease Gaspar Vega, BBN notes that it is customary for CEOs and Ministers to be allowed duty exemption on a vehicle while they are in office. 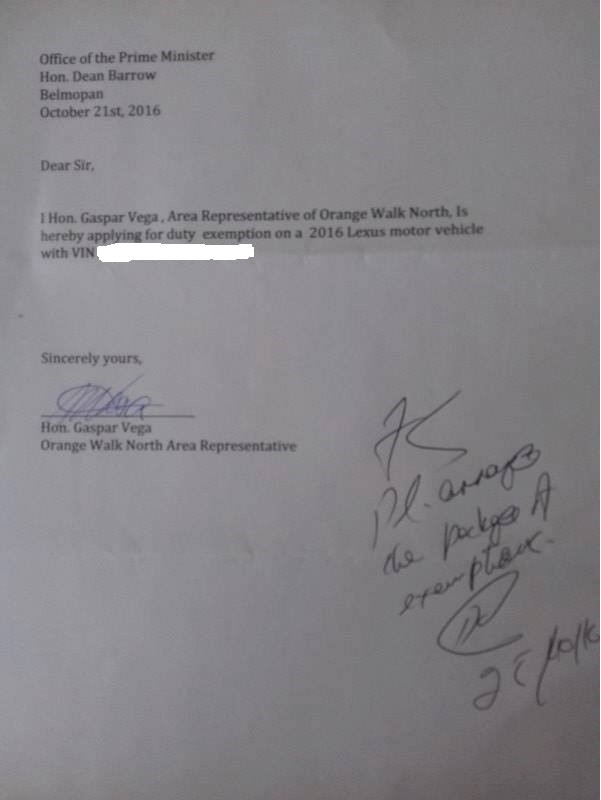