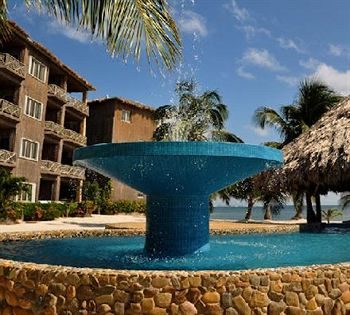 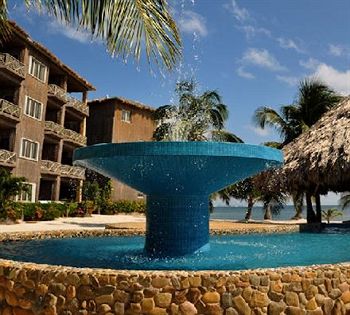 An investigation was carried out which led to the discovery that Captain Morgan’s retreat had been in non-compliance with the DOE for several years due to improperly installed sewer waste treatment system.

A meeting was then held with the Chief Environmental Officer of the DOE Martin Alegria, and Minister of Tourism, Culture and Civil Aviation Manuel Heredia Jr. to discuss a way forward with Captain Morgan’s. In that meeting, the relevant parties reached a compromise, allowing Captain Morgan’s to remain open.

Heredia explained that he asked the DOE to extend their deadline, saying that the situation was just a misunderstanding.

“Captain Morgan’s was not shut down. They were going to be shut down because they had been given a timeframe to be able to fix their sewer waste treatment system. They have done some of the work, but they have not complied with the timeframe given. I asked the DOE to let us give them a little more time, and if we see that they are not complying, I will not even lift a finger because it is more than sufficient time for them to get it completed,” said Heredia.

The department of the environment is in charge of large scale inspections whilst the Ministry of health public inspectors are responsible for small scale inspections. The DOE stated that Captain Morgan’s breached the terms and conditions of the Environmental Compliance Plan (ECP) signed with them on June 29, 2011.

Captain Morgan’s Retreat failed to accede to the requirements of the issued cessation order, causing them to violate Section 30 of the Environmental Protection Act, Chapter 328 of the Substantive Laws of Belize. Not only was Captain Morgan’s given numerous warnings, but they have also violated section 22A (3) of the Environmental Impact Assessment Regulations since 2008.

The order indicated that Captain Morgan’s Retreat violated a requirement to have proper sewer waste treatment and disposal for all facilities with exception of casino; to have sewage waste from the casino be treated by means of a separate and suitable sized aerated wastewater treatment plant; and that all sewage treatment plant(s) must also have a sampling port for the collection of wastewater samples, at the point of discharge.

The manager of the retreat recognized his non compliance and explained his plan. “I bought sewer septic systems from the United States, which failed. I even had to pay $1000US additionally, and that is where I got in trouble with the DOE because they didn’t work. Then a couple years later, we hit a recession, so it was tight to spend any kind of money. I also had complications with my back.”

Olmstead also informed the public that he is currently complying. “Yes, it is true that I did not comply, but I am now complying. I just don’t want anyone to be upset with me, and I think with the system I am placing now will be better for the island, and the environment because it is ecofriendly. I am about 55% done, and I’m presently installing the other system. As long as I am complying, I will continue to work alongside the DOE to have these systems done,” said Olmstead.

The retreat was given 45 days to fulfill all requirements by the department however, it is still operating. After completion of the necessary changes, the department will inspect the establishment and validate
if the sewer waste system is satisfactory.