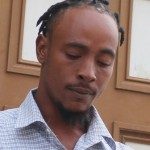 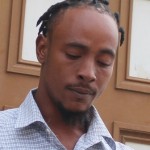 By BBN Staff: In 2014, he was one of two men who walked from the attempted murder of Ellis Meighan Jr. and Malik Dixon; however, today he was in no position to walk.

Jeon Pebbles, 25 was found lying lifeless on the road side near the Boom/Hattieville junction with several shots to his face and other parts of his body.

According to police reports, his body was discovered sometime around 8 a.m. when Ladyville police received a telephone call.

Police have not yet established a motive for his death but they know he was previously affiliated with one of the major south side gangs in Belize City.

Close friends have told BBN that Pebbles had been detained by Belize City police last night for marijuana possession.

However, when ACP Edward Broaster was asked to verify these claims, he could not and told the media that he will launch an investigation to see who had picked up the deceased.