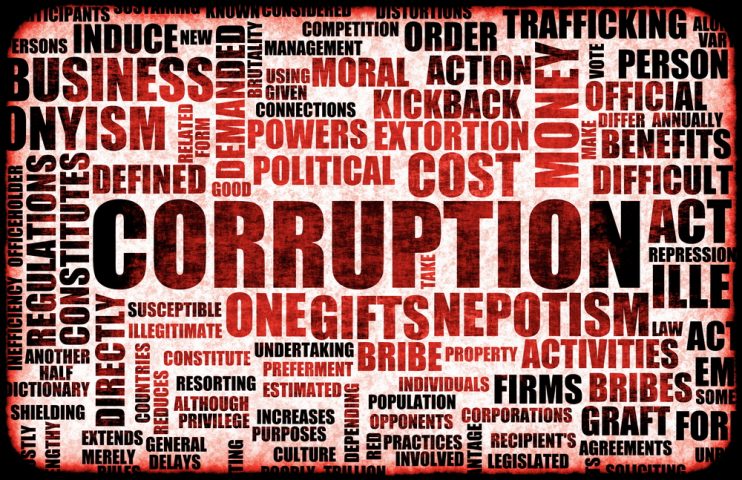 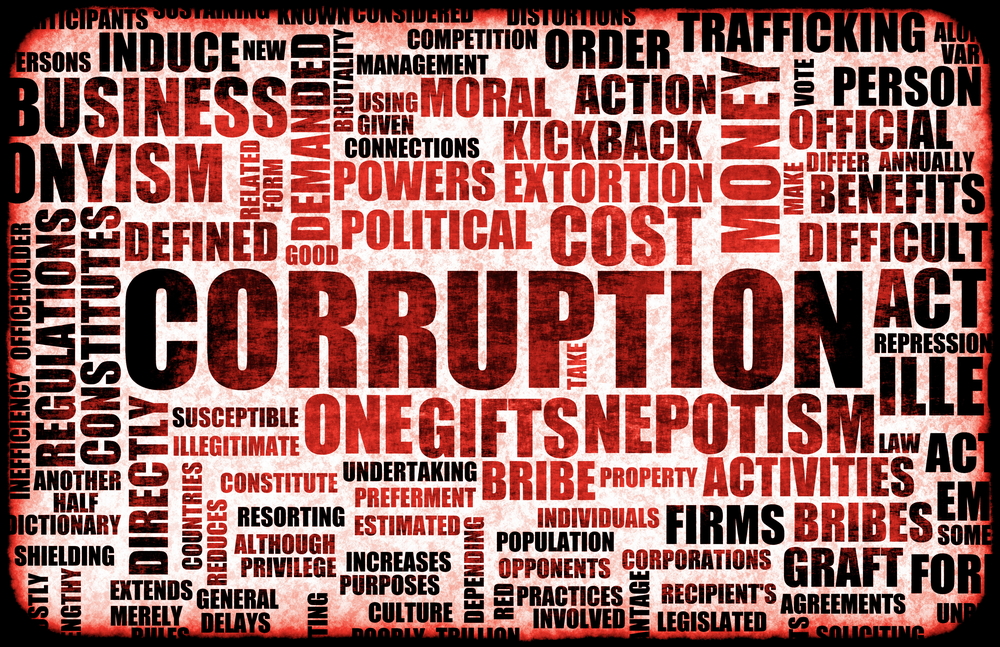 By Richard Harrison:  Belize is like a ship with most of the weight on one side, out of balance, floating in turbulent seas, with big leaks.

The ship is out of balance…..because the owners of the ship (from the time it set out to sea)….have systematically implemented rules and systems that go against the basics of sailing (and put in place Captain’s that do not know anything about sailing a ship)….rules and systems that create fear or favor…..resulting in most of the weight leaning to one side….creating imbalance in the ship. A ship out of balance will not sail properly, and the greater the imbalance, the more likely it will go in circles or capsize, instead of sailing full speed ahead.

Thus….the ship is threatened with two principal risks: (1) the imbalance can cause a ship on turbulent seas to rock dangerously from side to side, and any big wave can cause it to capsize (2) the leak will make the ship take in water until it can no longer float, but rather sink.

This analogy helps us to understand the relationship between corruption and tax reform and systems….as they relate to righting the ship….and getting it to sail full speed ahead.

Corruption…and administering rules and systems with fear or favor…..forces some to carry the burden of taxes….while others are facilitated with evasion and/or avoidance…..or afforded special privileges. It makes a few rotten rich….and the majority poor. For the most part, the ship continues to carry the same weight, but the weight is over to one side….dangerously keeled…with a high perceived, and real, risk.

Evasion is what the poor, small ‘entrepreneurs’ do when they bring vegetables across the river, at night, under the rain, and completely “evade” presenting the goods to customs…..so as to evade payment of customs import duties….to gain pricing or profit advantage for themselves.

Avoidance is what the rich, large ‘entrepreneurs’ do when they present the goods to customs….but either by “under-invoicing” the value of the goods…..or by blatant bribery of customs officer who make the tariff assessment….are allowed to pay much less than the law, and the spirit of the law, requires.

Both of these discourages domestic production, investment and jobs creation….and they contribute immensely to our growing imbalance of trade…and the huge resulting deficits….and debts that we incur to offset them.

However….it is the rules and systems…..and the people put in place to administer them…..that ALLOW these “services” to be in supply….and in demand.

Throughout my lifetime…..I have seen many anti-corruption champions….who fail to point out specific rules…and systems….and people….that allow for corruption to take place. They point to the ills and symptoms of corruption…..but never the CAUSE. Their energies are sapped trying to attack the GENERAL evil of corruption…..so that by the time they reach down to the specifics….they are either devoid of strength to rid the country of this evil….or they have become so intertwined with the promulgators of this evil…..that the evil rubs off on them…and they get sucked into the order of the beneficiary.

With the little human and capital resources available to “reformers” in Belize….there is thus a strategic requirement to pick battles…..to focus…and to aim for specific, measurable, achievable, realistic and timely (SMART) objectives…..rather than to go for the general….the whole. To aim for completely ridding Belize of corruption with a generalized campaign is sooooo not SMART.

We should learn from those who succeed in their campaigns.

The US wanted Belize to limit its facilitation of movement of potential criminals and terrorists into and out of their country…..so they go after the rules and systems. They help or force Belize to adopt new electronic passports with all kinds of fingerprinting and other technologies….so they can track movement.

The OECD countries wanted to limit tax evasion, fraud and money laundering by their citizens using Belize….so they demand an FIU, new and specific banking and reporting rules, etc., and they even use their Caribbean subsidiary to keep pushing their interest in Belize.

Since these systems have been put in place….the US and the OECD countries have been picking up their criminals and busting terrorist movements and money launderers with much greater results…..we have seen them on the local news…and their extradition is usually made public.

In fact….many in Belize believe that the tracking systems that the US put in place in Belize….is what is responsible for the bringing to light of the current immigration corruption scandal. It is not something that we in Belize put in place for ourselves. In fact, we can be accused of knowing this was going on all along….but it was of little consequence to us….our “reformers” either felt helpless in doing something about it…..or, at some point, got sucked into the “easy money” themselves. For now….it is a political football…but no one really wants anything done about it. Those who currently are not feasting….only want the tables to turn….so it becomes their turn to feast.

In my opinion…..true “reformers” in Belize would shift most of their energies and focus to tax reform…and the rules, systems and people put in place to administer them….down to the specifics. Chop at the branches and stems first, rather than go direct to the truck of the tree…..with a dull machete.

This would amount to plugging the leaks….which would prevent the ship from sinking. After all, what is the use of balancing a sunken ship?

They should start with going after easy targets…..where there is obvious ILLEGAL things going on. For example…..the Environmental Tax Act….it calls for specific fund to administer the revenues generated from it….and for specific use of the funds. We all know that the current implementation of this law….and the spirit of this law…..is completely ILLEGAL. Yet, no one challenges this in court….no one seeks to force the government to abide by its own law. A victory for correction of this anomaly in our Supreme Court is very highly realistic

Our NATIONAL CONSTITUTION is our supreme law…..and there are many laws in Belize that are not in line with our constitution….especially those laws that create “fear or favor”…..but no one, or group, challenges these laws in the streets…..nor in our Supreme Court.

Laws, rules and systems need to be challenged one by one….in no time, we will see drastic results. The principal beauty about Belize….is that it is small. In the same way it can turn sour quick….in the same way, it can quickly turn sweet again.

For donkeys years we have known about corruption in Customs…..but we harp about it…..complain to friends sharing a cold Tecate….but we never make specific recommendations for changes to the rules, systems and people that are in place to administer them. Mexico, our neighbor to the north, has made great strides in combating customs corruption…..but they are the last ones we will invite to show us, and help us, how to achieve similar results. If we do invite them….we will listen, drink a few Corona’s with them….take them to San Pedro…wine and dine them…and send them off with a big, happy smile. When our governments have made pappyshow efforts to “reform” customs…..the people they invite around the table….are the senior customs officers…..public sector CEO’s…..and the same “entrepreneurs” who make their hay while that sun shines. The fact is….that from Independence time to now, Customs have just gotten worse….and the number of beneficiaries have increased just a tad….they are pretty much the same players that have been feeding at that table from time immemorial. There is no real effort…..by ANYONE…..to reform Customs…..by recommending and implementing new rules and systems….and putting new people in place to administer it.

It is my honest opinion…..that those “reformers”…..would-be revolutionaries…..who jump on the generalized campaign against corruption…..are allowing themselves to fall prey to the “political” circus….whose end is to “change monkey fu black dawg”. They are taking their eyes off the ball.

Tax reform….tied in with the relevant laws, rules and systems reform…and reform of the process and procedures of appointment of people to administer it….and the performance standards and appraisals that determine their reward and punishment…..is where the meat is.

With a more balanced, fair and lowest-rate tax regime…..which allows for individuals and businesses to earn and make profit honestly, without fear or favor…in a highly competitive and productive economy…and with government playing its defined roles in society, appropriately funded and disbursed….is a self-correcting process…..that will see immediate and steady gains in the standard of honest living of all our people….which will be the biggest slap in the face of corruption.