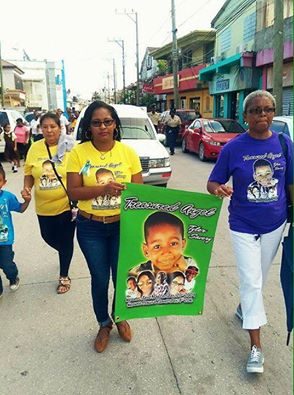 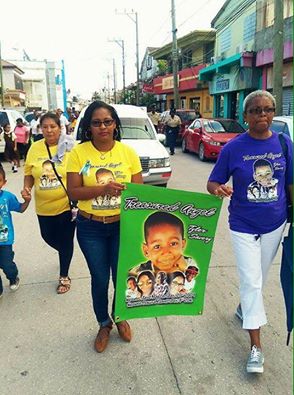 By BBN Staff: The body of Tyler Savery, 7, was cremated yesterday following a celebration of his life at the BTL park in Belize City.

Friends, family, schoolmates and the community at large showed up to pay their respect to the child who was mercilessly shot and killed last Friday.

The standard 1 student at St. Joseph Primary School was rested in a casket which resembled a car during the ceremony and rolled through the streets of Belize City to some of his favorite places and the place where he would meet his demise.

According to his mother, Shakera Young, little Tyler, loved cars, and particularly those from the “Hot Wheels” collection.

His former classmates added that he was a super fast runner and they often raced on their school compound during break sessions. Tyler was the young Belizean version of Jamaican trackstar, “Usain Bolt,” we were told.

The death of young Tyler has brought out politicians from both major opposing parties who told BBN that it is time to join efforts to combat crime.

PUP and UDP representatives have agreed that the message of Shakera Young is one which we must all listen to.

Young, herself, has announced that she will use the death of her son to fight for change in our violence stricken communities.

On Friday there is a candle light vigil scheduled in honor of the young Savery.