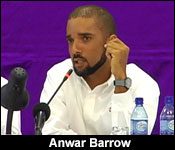 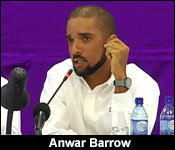 In Barrow’s two and a half year tenure as Chairman of BTL’s Executive committee, and working as the CEO of the state owned phone company, he had attracted much controversy.

Barrow sent a letter to staff a week ago advising them of this pending decision. In his letter, the BTL Chairman states “Earlier this year I started to indicate publicly that I would be transitioning out of the CEO role after the launch of our new mobile network or in early 2017.”  Yesterday BTL began advertising for the post of a new CEO for the company “ with the goal of becoming one of the leading telecoms operators in the region by 2020.”

Barrow will remain as a member of the Board of Directors and he told employees that a candidate for the post should be selected by end of the year. The outgoing Executive Chairman/CEO provided assurance to the staff that the Board has planned for this transition and that in the new year, BTL will begin an orderly process of transition to a new CEO.

Since this news item was released by Breaking Belize News, BTL issued a formal statement on the CEO status and BBN has issued an update to this story. The update can be found here: https://breakingbelizenews.com/2016/11/18/btl-clarifies-ceo-status/