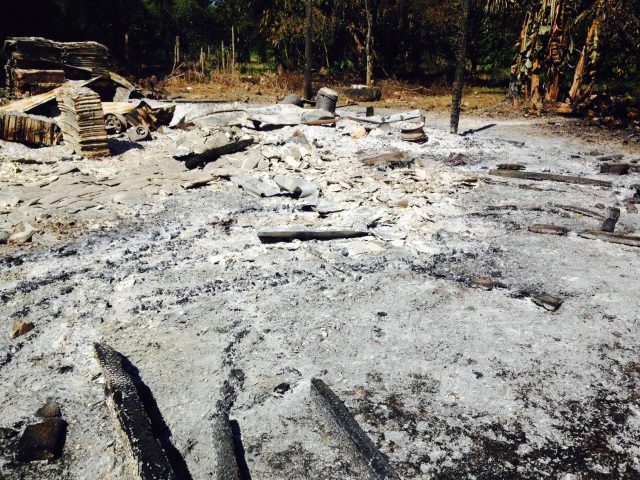 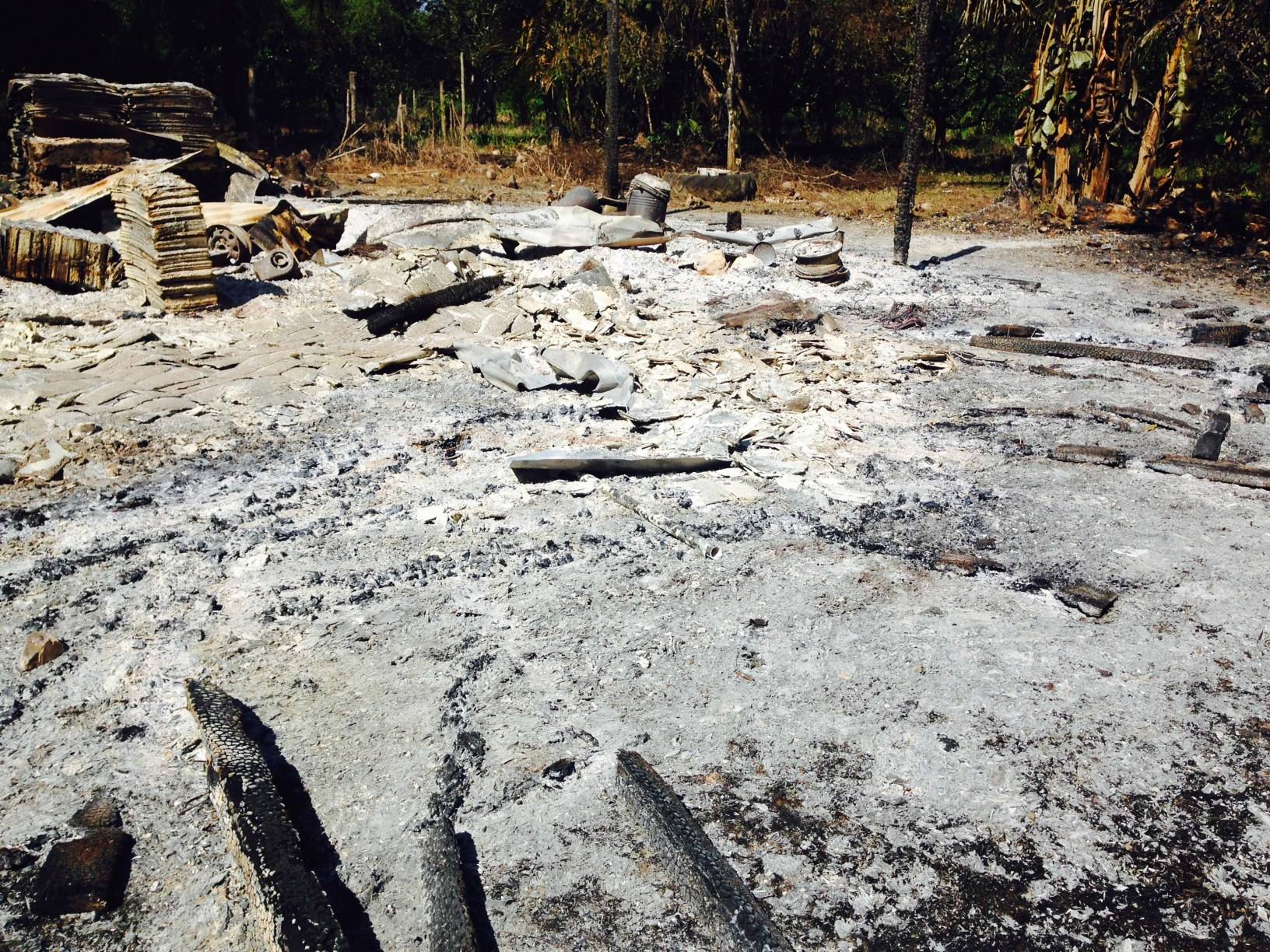 By BBN Staff:  Last Thursday, five houses in the Trio villages were burnt down allegedly by a group of arsonists. The same group then demolished a sixth house leaving six families homeless.

Reports are that there is an on going land dispute which has caused the deadly fallout.

In February, a number of villagers were concerned because they were at risk of losing their homes. They had settled on land which was owned by the Thurton Estate and now by a Chinese business man.

The villagers have established their homes and farms on the land but there has been a continuous struggle to regularize the situation by acquiring the land from the private land owners and giving the villagers an opportunity to legally own the land.

The villagers claim that the Chinese businessman demanded $20,000 as compensation or they would face eviction.

A source told BBN that on Thursday night, several men arrived in a Mahindra pickup truck and began setting the houses ablaze.

Villagers are now pleading to the government to intervene.