Police issue official report on the murder of Nelson Zelaya

Belize’s Superbond: Not the only mistake that costs us billions 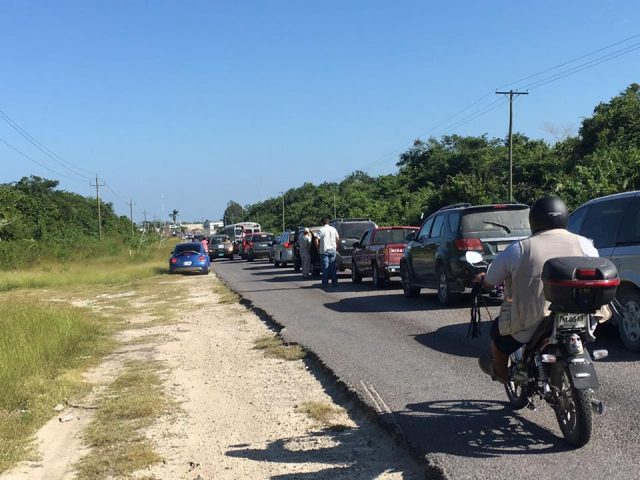 By Charles Leslie Jr.: Last weekend – November 19 (Garifuna Settlement Day) – an estimated 15,000 Belizeans flowed into Chetumal, the capital city of the state of Quintana Roo, Mexico. The media reported that traffic was backed up for hours. Belizeans waited it out because they know they get far more bang for their buck in Mexico.

The vast majority of those Belizeans went for shopping and entertainment purposes. It is fair to say that most visited Walmart and Sam’s Club for household items that are significantly cheaper, and then headed over to the Plaza Las Americas shopping center to shop for luxury items, eat, and also to catch the latest movies showing at the Cinepolis movie theater.

My daughter is 7 years old. Chetumal has already sucked approximately $764,400,000bz out of the Belize economy in those 7 years.

With the current trend of cost of living going up and up and the threat of devaluation, I am anticipating that a spike will happen since Belizeans will want to buy more and more household items in bulk to stockpile, as well as escape the harsh realities of Belize, since, here it is significantly more expensive for luxury spending on quality entertainment consumption and the purchase of other luxury items.

The Government of Belize should be doing whatever it can to keep this money flowing within our borders. It’s obviously not.

Belmopan, this is where we need to become competitive. We need to attract some of that money that is flowing over to Guatemala and Mexico, which is estimated to be over $200 million per year. That’s approximately $1 billion dollars every election cycle. That’s not pocket change, folks. That’s nation building money.

With the right investor incentives, Belmopan can become the shopping and entertainment Mecca of Belize. Belmopan has the infrastructure, it has the land, all it needs is the right leadership.