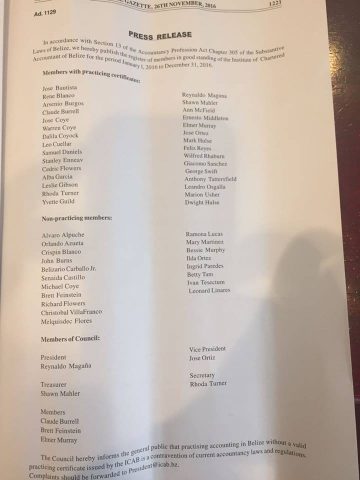 By BBN Staff: In a letter leaked to the media, People’s United Party (PUP) Senator Eamon Courtenay has written to Leader for Government Business Senator Godwin Hulse requesting Nestor Vasquez’s appointment to the Integrity Commission last week be rectified as Vasquez does not qualify to sit on the Commission.

According to a Government Gazette dated November 26, 2016; Vasquez’s name is not listed among the register of members in good standing of the Institute of Chartered Accountants (ICA). According to Section 3(3) of the Prevention of Corruption Act (POCA), the commission requires at least one member of the ICA. This has long been a point of contention for Prime Minister dean Barrow as he has argued time and again the the delay in appointing the commission was finding a willing accountant.

“It is now clear that the Senate was misled. Mr Vasquez submitted an expired Certificate of Membership of the Institute,” Courtenay said in his letter dated December 5, 2016. “Simply put, Mr. Vasquez was not qualified to be a member of the Commission because on the 30 November 2016, the date when the Senate approved his appointment for two years beginning on the 1 December 2016, he was not a member of the Institute.”

According to Courtenay, “Not only was the Senate misled, it gave its approval to a legal nullity.” Courtenay urged Hulse to rescind the approval as a matter of urgency and asked him to confirm if he intends to “put matters right.”

The ICA had reportedly recommended Warren Coye but PM Barrow instead went with Vasquez citing Coye’s family ties to a former PUP political figure. Vasquez himself has come under scrutiny for the same reason. Last week the list of 49 names on the list of good-standing accountants circulated in select circles.

The POCA, of course, also calls for the appointment of a Secretariat to the Integrity Commission. The POCA is very clear on the composition and function of the Secretariat and members have not been appointed to fill those roles either. 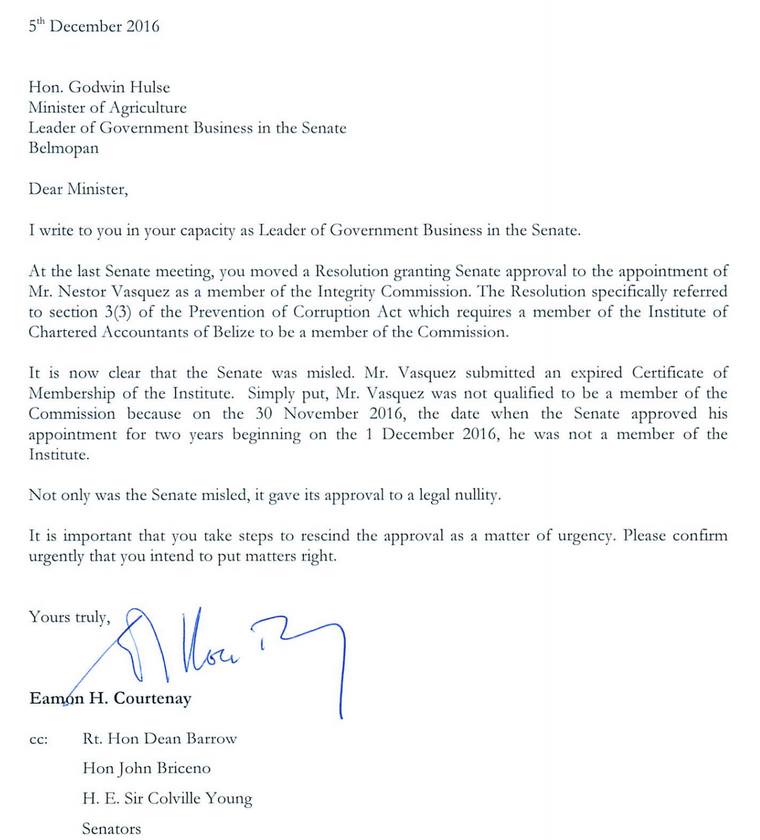 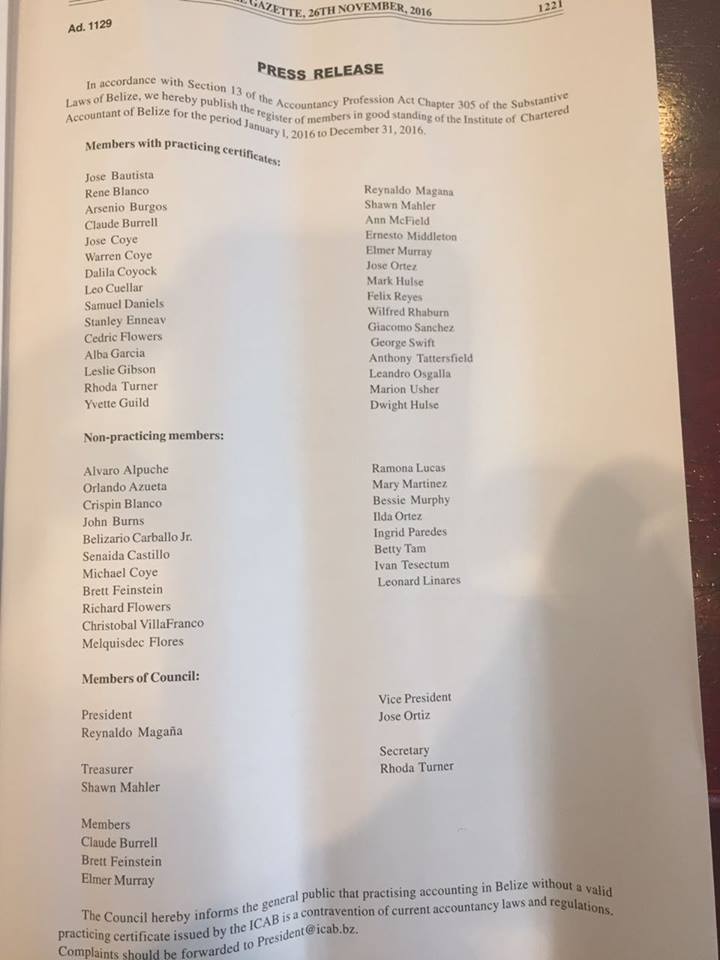