Pitts and Vega to be summoned to court 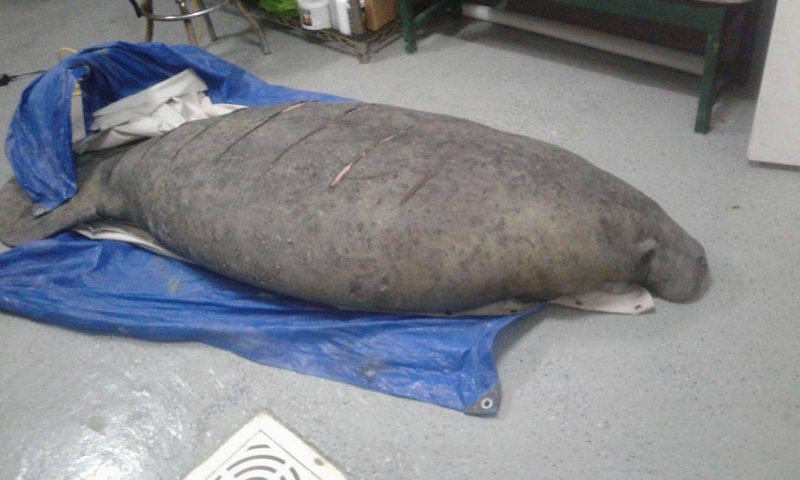 By BBN Staff:A 7 foot manatee too big to fit on the scale at the Belize Wildlife and Referral Clinic (BWRC) was reported dead yesterday.

According to the BWRC, the manatee may have been the largest patient seen at the clinic’s facility in Central Farm so far.

Another large patient, an American crocodile estimated at 7.5 foot with138 pound, was seen in 2015.

According to the BWRC, the manatee died due to a collision with a boat.

It received eight propeller cuts across it’s entire back, three of which penetrated its body cavity leading to broken ribs, rupturing kidneys and one lung causing fatal bleeding.

The accident could have been prevented, the BWRC says, by respecting no wake zones and looking out for the slow moving giants.