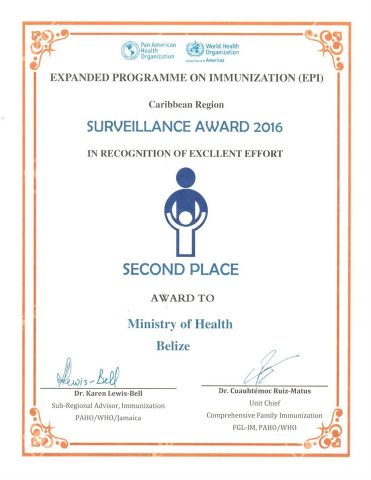 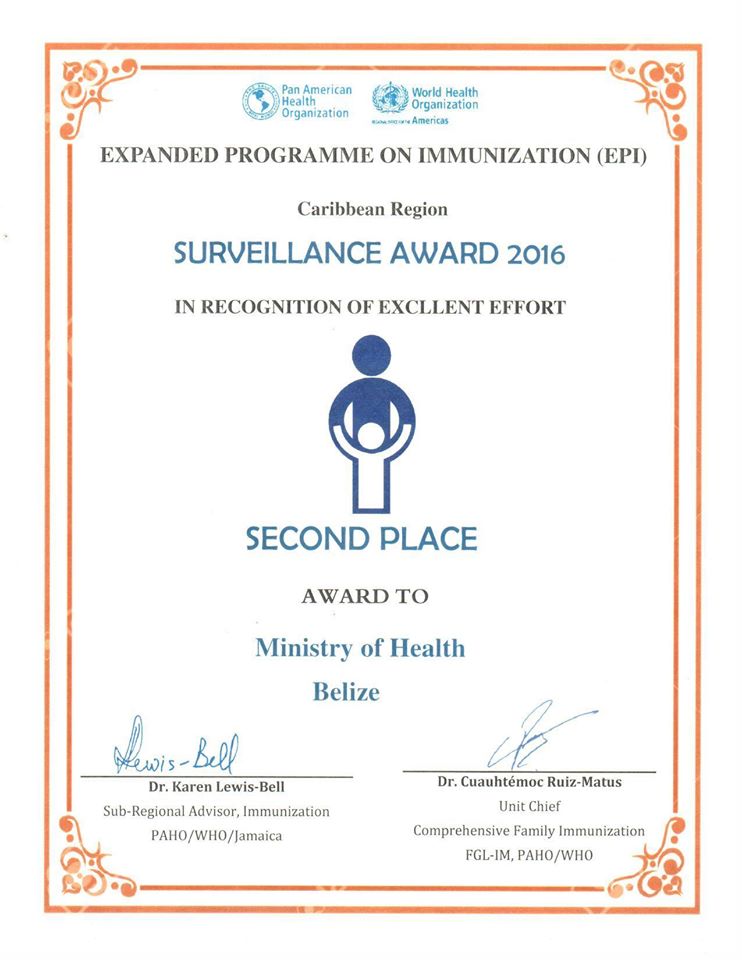 By BBN Staff:  The Ministry of Health in a press release issued today, announced that Belize received the official statements on the announcement of the Regions of the Americas having eliminated measles, rubella and Congenital Rubella Syndrome (CRS).

The declaration was signed by the members of the International Expert Committee of the Measles-Rubella National Commissions.

Measles is one of the most contagious diseases that primarily affects children.

Belize was specially praised and awarded second place for Surveillance at this year’s meeting of Immunization Managers; having fallen from first place in 2015, from among 24 countries in the Caribbean Region.

The Ministry commends committed health care providers and volunteers who consistently participate in surveillance of communicable diseases, reporting and investigating cases of concern across the country in a collective aim to maintain a high immunity rate in country.

Recent studies have estimated that 16,000 deaths and 3.2 million measles cases will have been prevented in the region because of vaccination between 2000 and 2020.

Measles is the fifth vaccine-preventable disease to be eliminated from the Americas.

Belize is now presently participating in the process to eradicate Polio from the Americas.