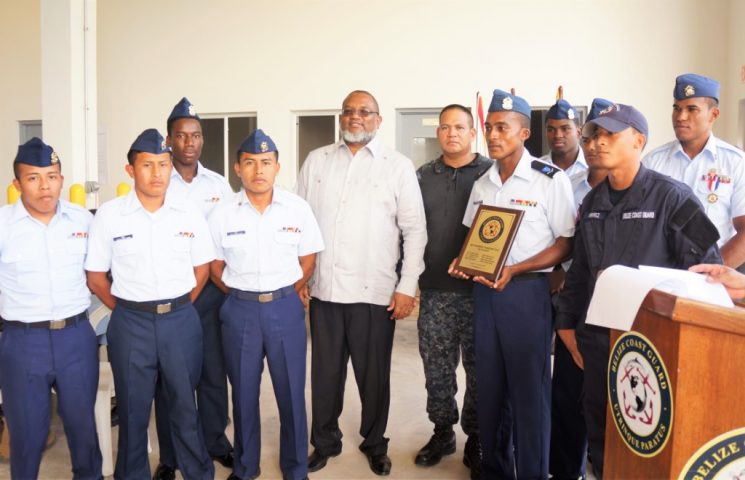 By BBN Staff:Minister of Defence  John Saldivar yesterday presented a number of awards to members of the Belize Coast Guard at their End of Year Award Ceremony and Christmas Luncheon held at the Coast Guard Headquarters on the George Price Highway just outside Belize City.

In his address to members of the Belize Coast Guard and invited guests, Saldivar remarked, “I especially want to congratulate each and every member of the Belize Coast Guard for the work that you’ve done over this year, and the work that you continue to do; and for the commitment that you have to our country and to preserving our sovereignty and our territorial integrity. This year has been a great year for the Security Forces of Belize.”

Saldivar also took the opportunity to congratulate the Belize Defence Force, whose Commander, General David Jones, was present at the occasion.

Other invited guests included CEO in the Ministry of Defence Lieutenant Colonel Felix Enriquez (ret.) and other officials from that Ministry.