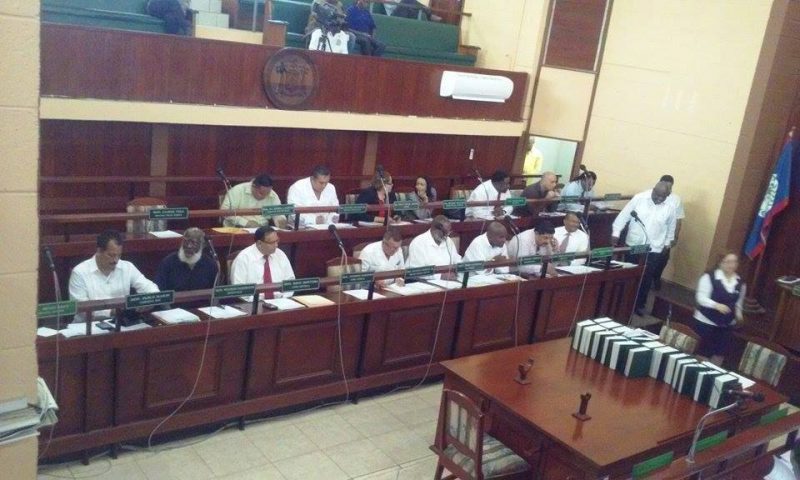 By BBN Staff: The Senate met in Belmopan yesterday to consider several motions and bills tabled at last Friday’s sitting of the House.

Among them, the Senate debated government’s motion to increase the ceiling on Treasury Bills to $1.3 Billion. Several senators, including those representing the business sector, the unions, the church and opposition cautioned government citing concerns of increased borrowing.

Senator Rufino Lin, sitting in for Business Senator Mark Lizarraga, said: “This bill really opens the opportunity for a level of borrowing that in my view places us in a dangerous path. So, this bill without any sort of limit just allows the borrowing of more and more money I think is one that we do not really support.”

Government Senator Dr. Carla Barnett explained that the bill effectively reduces the ceiling on Treasury Bills by 250 million and increases the ceiling on Treasury Notes by $500 Million. She said the net increase is $250 Million. “The intention is to create the head room that will be necessary to pay the second installment of the Dunkell/BTL Employees Trust Arbitration Award,” she went on to say.

The Senate also approved a motion to take the Guatemalan border dispute to the International Court of Justice (ICJ) and an accompanying protocol.

The opposition also took issue with the Supplementary Appropriation budget, which approves $14.3 Million more in spending than was originally approved. The People’s United Party (PUP) especially took issue with the $7 Million allocated for Belize Infrastructure Ltd. for work on the Civic Center.