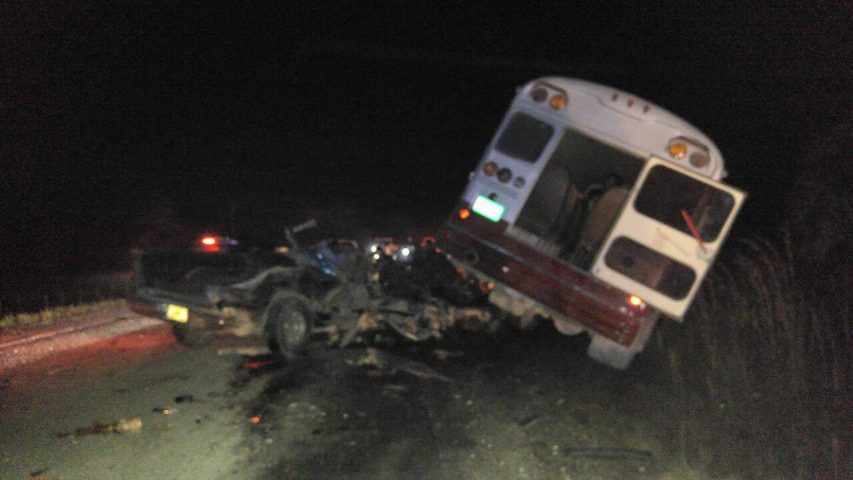 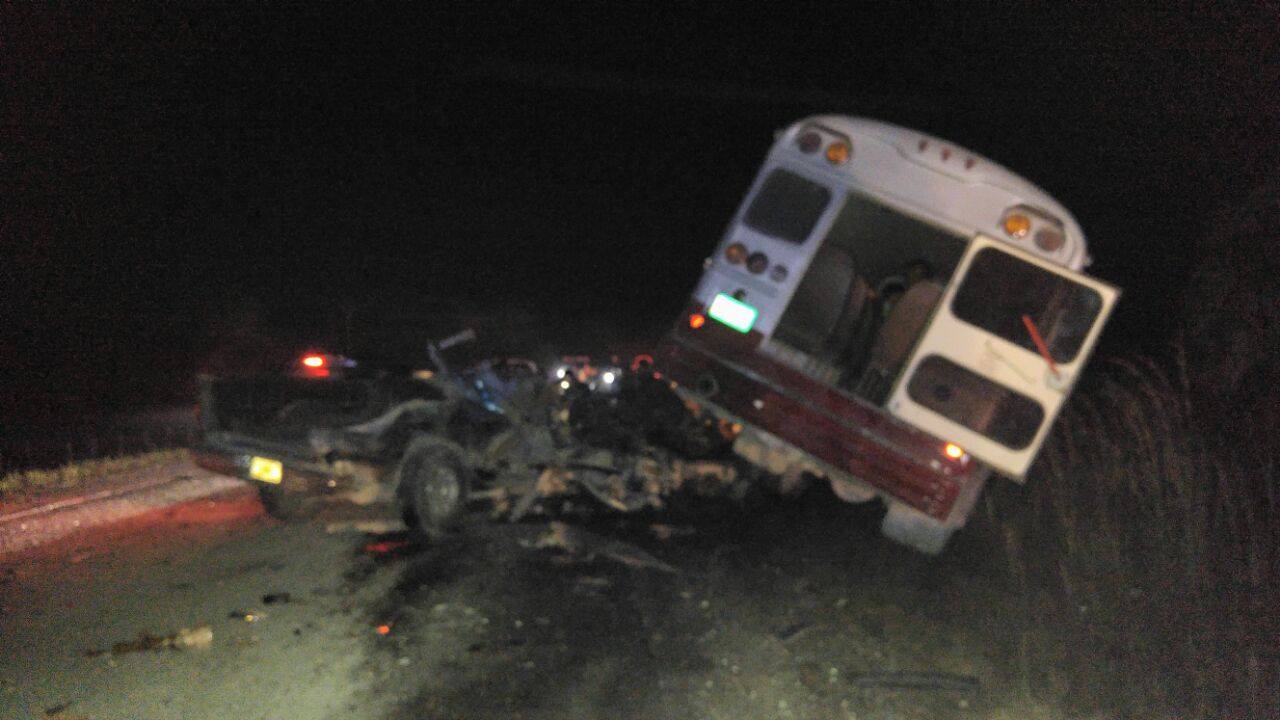 By BBN Staff: On Saturday around 9:00 p.m., police visited the scene of an accident about 3 1/2 miles from Orange Walk Town on the Yo Creek Road in front of Cuello’s Distillery.

Also on the scene was a maroon and silver 1992 Blue Bird two-door 54+1 passenger bus property of Amelio Tillett Jr. of Trinidad Village, Orange Walk District, driven at the time by 42-year-old Airon Dominguez of San Felipe Village with extensive damage to the driver’s side. The engine and transmission were torn apart.

Three Hispanic men in their 20’s were observed with multiple injuries and apparently dead.

They were identified as 22-year-old Mainor Hernandez, 26-year-old Jason Gongora, and Jovani Gongora all of Yo Creek Village.

Also injured was one George Mejia, a passenger of the bus.

He was taken to the Northern Regional Hospital for treatment and then to the Karl Heusner Memorial Hospital.