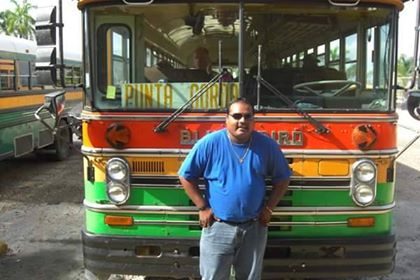 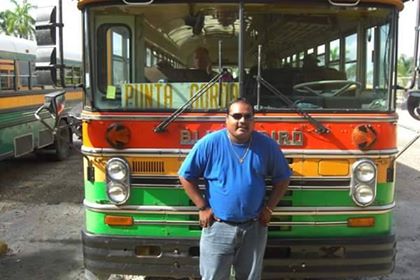 By BBN Staff: In October, BBN reported of bus driver Tyron Coleman who was in need of assistance to undergo heart surgery. Story: https://breakingbelizenews.com/2016/10/22/tyron-coleman-financial-assistance-undergo-open-heart-surgery/

The James line bus driver is recovering and doing well thanks to Health City Cayman Islands.

Coleman saw various doctors in Belize and had done numerous tests but none detected his heart condition.

Belizean doctors mainly advised him to keep his blood pressure under control.

When Coleman visited Chetumal, a doctor there diagnosed him with coronary artery disease.

This disease restricts blood flow to the heart.

It was determined that Coleman’s condition required high-risk open heart surgery. Coleman was referred to the facility by a friend.Health City Cayman Islands is a facility recognized for its remarkable surgeons. The facility was opened in 2014.

The family moved swiftly contacting all media houses and setting up a donation fund, making food sales across the country to raise the money. They managed to raise about half of the cost of the air ambulance.

Coleman’s health, meanwhile, continued to deteriorate. Health City helped them and the air ambulance picked him up.

He arrived at the facility and suffered a heart attack that same night. He was then rushed into surgery.

Dr. Binoy Chattuparambil, Health City’s Senior Cardiothoracic and Vascular Surgeon, confirmed that the patient had a very critical block to his left main coronary artery while his other arteries were significantly narrowed. The experienced surgeon explained that once the patient underwent cardiac arrest, the team had to move quickly in advance of the scheduled surgery. “Doing an emergency surgery like that in the middle of the night is not easy … but we quickly assembled our entire team within a short span of time to rally around Mr. Coleman,” he said.

“God was answering our prayers,” said Coleman’s wife, Lovinia. “The doctors (at Health City) are incredible,” she said after the successful 10-hour cardiopulmonary bypass.

Health City doctors told Coleman he’ll enjoy quality living, provided he takes care of himself. And he is already making changes to his lifestyle by eating better and exercising.

Coleman faces about three months of recovery, but he’s not fazed. “I feel like I’m in heaven,” he says. “All the nurses and all the doctors … they are very caring. They take time with you, nobody hurts you. Everybody greets you. (Health City) doesn’t smell like a hospital. It doesn’t feel like a hospital.”

The Colemans are sincerely grateful to everyone who helped them – their family and friends, all the people who donated money, everyone who organized the trip, the Belizean community in the Cayman Islands, and the team at Health City.