Almost $22,000 of items stolen from gift shop in Placencia 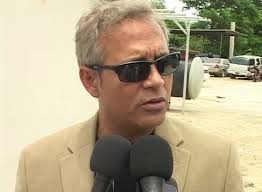 Singh appeared before Magistrate Norman Rodriguez to answer to charges brought against him by the Belize Port Authority.

According to the Port Authority, Singh was the owner of a boat which was used five months ago to navigate a site off the coast of the Baron Bliss Lighthouse for dredging.

However, the Port Authority claimed that the boat was unlicensed and the captain had no captain’s license.

When the trial started yesterday, the Port Authority requested an adjournment to collect its evidence.

Magistrate Norman Rodriguez would not allow for an extension and threw out the case.

The former Police Minister was freed to go.