Political Culture and Productivity: Can We Change the Pulse of our Economy, Please? 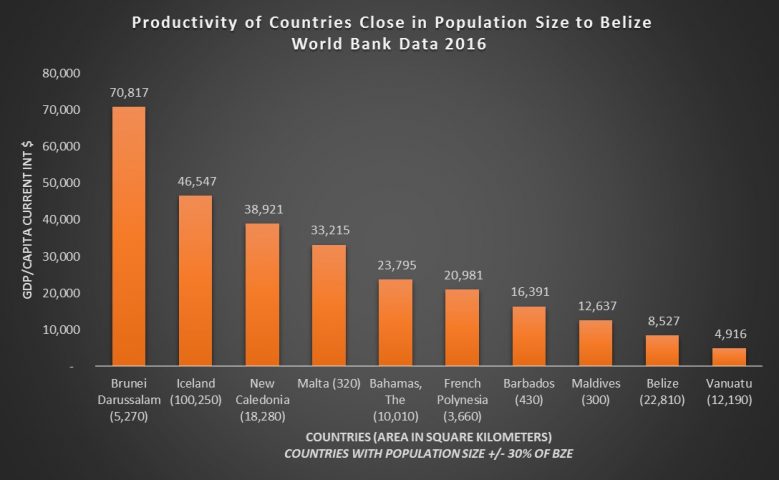 By Leon Westby: Economic prosperity and wealth flows most freely from intelligent effort and entrepreneurship. Invariably, a financially successful society will comprise smart people able to use capital assets like land or cash savings to produce beneficial goods and services that consumers are willing to purchase and in the process create jobs and generate income. It follows then that the more educated people a country has and the more endowed its people are with capital resources, the greater its potential for productivity – i.e. the provision of goods and services – and ultimately wealth generation. This is a readily apparent truth for rich countries like the United States and Canada with large (educated) populations and vast expanses of territory and accompanying natural resources. Larger productive populations equate to a higher tax base for governments to earn more revenue which they can invest in building infrastructure and in turn stimulate greater productivity.

What chance then is there for countries like Belize with far fewer people and resources than the U.S. or Canada? Does a small population and geographic size limit our economic performance and wealth potential? The answer is in the counterfactual: there are many countries within range of our population size with similar or less extensive territory (and presumed natural resources) but they far out perform us. Specifically, Belize is one of approximately 47 countries worldwide with a population of less than 500,000 people. It is also one of the least economically productive of all these countries, with a GDP per capita roughly two times smaller than the typical GDP per capita of these “small” states. This is curious when we consider the fact that Belize’s land area is 50 times the typical land area of countries in this grouping – implying a relative abundance of natural resources. Looking more narrowly at the 10 countries that are closest in population size to Belize, in spite of Belize having the second largest land mass in that cohort, Belize ranks second to least productive. 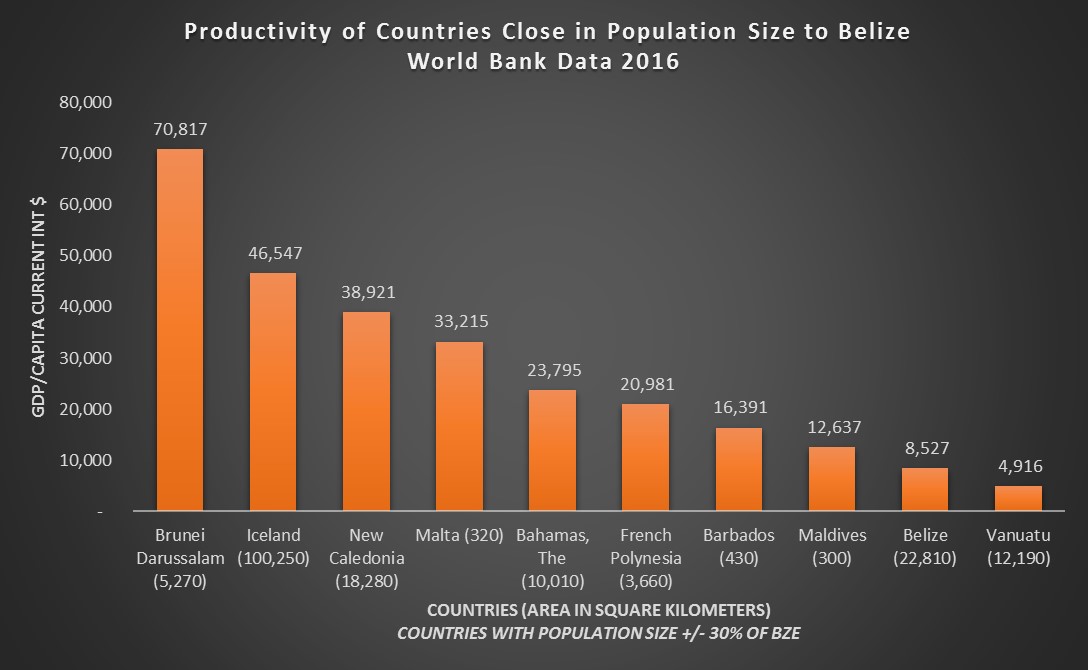 What is the cause of this relatively low productivity? Why do countries with comparable capacity do so much better than Belize? Granted, there is a plurality of sophisticated answers to this question but I want to deal with the more insidious and organic problem of our political culture – the way in which our people relate to our government and visa-versa. I believe that too many of us see our politicians as providers rather than enablers. Elections decidedly depend on a political party’s ability to transport voters to polling stations, feed them, clothe them in party colors, and shower them with gifts of yard fills, paid utility bills, and campaign conventions laced with cheap liquor, among other base things. We ask them for scholarships for our kids, jobs and homes for ourselves and other family members – they are providers of base goods and services rather than enablers of productivity.

When politicians provide rather than enable a dangerous dependency is created. Voters see politicians as a means to success, they support politicians selfishly demanding mostly low-value political favors that only benefit a small clan of persons in the short-term.  Politicians in turn grow reliant on these non-impactful type political favors and gifts to individual voters to gain and retain power rather than doing the true business of government – creating a competitive, enabling environment for citizen productivity and success. Recall though that a government’s income derives from its people through taxation on their productivity and charges on commercial transactions in the economy. Therefore only if the labor force becomes more productive can Government’s revenues improve. But if the culture is one that does not encourage merit and effort, or worse yet, does not reward it, but instead rewards blind political loyalty, then the economy will grow slowly or stagnate.

It cannot be overstated how vital it is for politicians to engineer an environment in which people can be more productive as it’s the only way to grow wealth. Voters should agitate for a more reliable and efficient judicial system so that we can operate in our communities without fear of violence and invest in assets knowing our property is legally secured and not easily reassigned through corrupt political agency. Our demands ought to be for more transparent, competitive and open scholarship programs so students grow to believe and expect opportunity as the reward for hard work. The call should be for fair and equitable distribution of land so that young entrepreneurs have capital assets to leverage loans for building businesses. Recruitment in the public sector should be based on competitive merit and not party political favor. We ought to agitate for reform that would see our best and brightest, those with passion for wealth development coming in and moving up the ranks of public sector leadership. How much longer must we suffer the mediocrity that constrains the efficient delivery of public services?

Politicians have too long been doing the opposite of what they should be doing, in part because the masses have been cultured to ask of them the wrong things. Belize is a wealthy nation, a good country, but we are not our best country. So much of our potential remains untapped and too much of our talent is trapped beneath the mediocrity of political favoritism. This must change, we need to ask more of our politicians, of them personally, that they be eminently competent in their professions, of them professionally, that they do the true business of governance and create a fair and competitive environment in which we can produce, in which we can succeed. We cannot rest until we are satisfied that every New Year promises more hope than it does despair.

Leon Westby is employed as a Business Analyst at a leading private sector firm in Belize. His freelance research and writing focuses on youth employment, youth development and civic engagement. He holds a Masters Degree in Environmental Management from Oxford University and an LLB from the University of London. Questions or comments on the article? Email him at leewest6@hotmail.com.