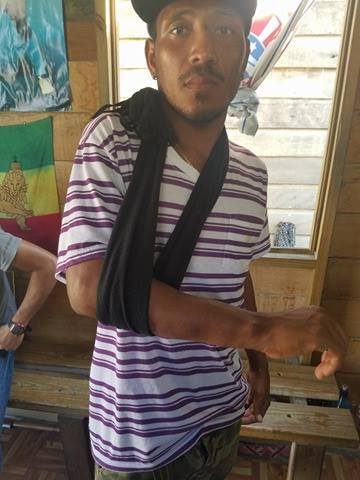 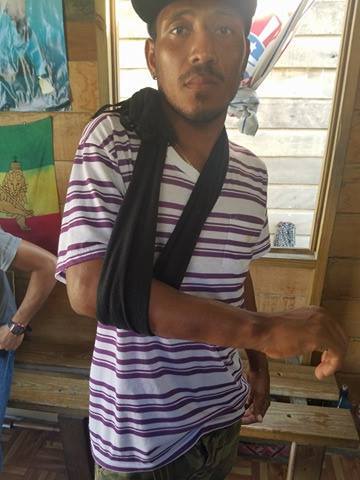 By BBN Staff: There is a disturbing accusation of police brutality coming out of San Ignacio.

Montejo claims that on Friday night, December 30, 2016, he had just finished playing music at Cheers night club in downtown San Ignacio. Upon reaching nearby Blue Angels night club, the police approached him and a friend to conduct a search to which they complied.

Montejo told BBN that after the search, he wanted to buy a plate of food to carry home. He alleges that the police told him to take a different route. According to Montejo, he tried explaining to the officer that he needed to stay on his current route as he had to pass that area to reach his home.

That is when the officer allegedly assaulted him with a baton causing injuries which included a broken arm. The officer being accused by Montejo is a Sergeant who was recently assigned to the San Ignacio Police after having served in the Gang Suppression Unit.

The DJ indicated that he was advised to make a report to internal affairs which he did. He also plans to sue the police for this act of aggression.

Montejo told BBN that he has sought legal advice from Attorney Michel Chebat on this matter.

BBN contacted Officer in Charge of San Ignacio Police, Supt. Richard Rosado who claims that he is not aware of the accusation and if a complaint was made to internal affairs, he is usually notified.