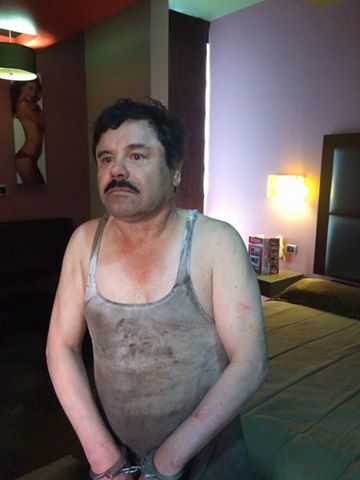 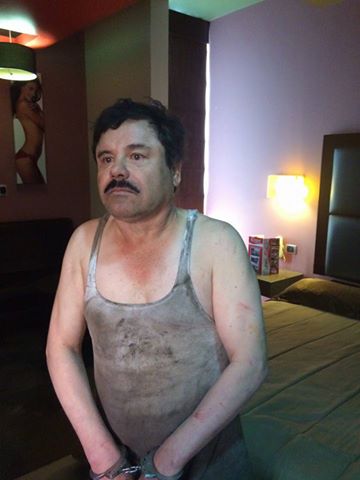 Guzman was escorted from his cell with heavy armed security detail and a fleet of armed vehicles.

He was transported in an official  DEA airplane. Guzman has gained much notoriety for his daring prison escapes.

The powerful Sinaloa cartel leader was extradited on the day President Barack Obama leaves office and the eve of the inauguration of President-Elect Donald Trump.

Univision News Network reported that they are unsure if this is a “ gift” to Obama or a “gift” to celebrate Trump’s inauguration.

Among the many speculations surrounding his extradition at this time lies the fact that Guzman’s lawyer told the media that he was at the prison for four hours and was denied an opportunity to see his client. He said he was never advised that his client would be extradited yesterday.

In a news release, the U.S. Department of Justice confirmed Guzman’s extradition, saying  that Guzman “is en route to the United States to face criminal charges in connection with his leadership of the Mexican organized crime syndicate known as the ‘Sinaloa Cartel.’”

According to the Associated Press, citing a senior U.S. official, the U.S. Drug Enforcement Administration took custody of Guzman in Ciudad Juarez, which is across the Rio Grande from El Paso, Texas, and that a plane carrying him departed for New York at 5:31 p.m.

Guzman has drug trafficking, murder, money laundering and other charges pending against him in federal courts in a a number of states, including California, Texas, Illinois and New York.