Traffic accident claims one life on the Hummingbird Highway 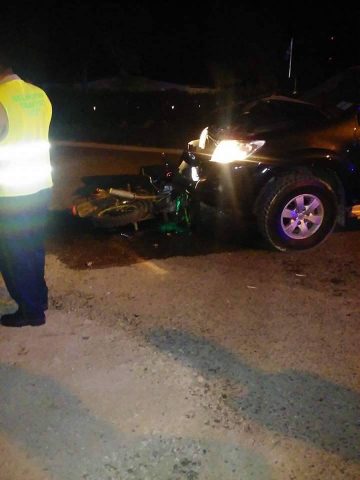 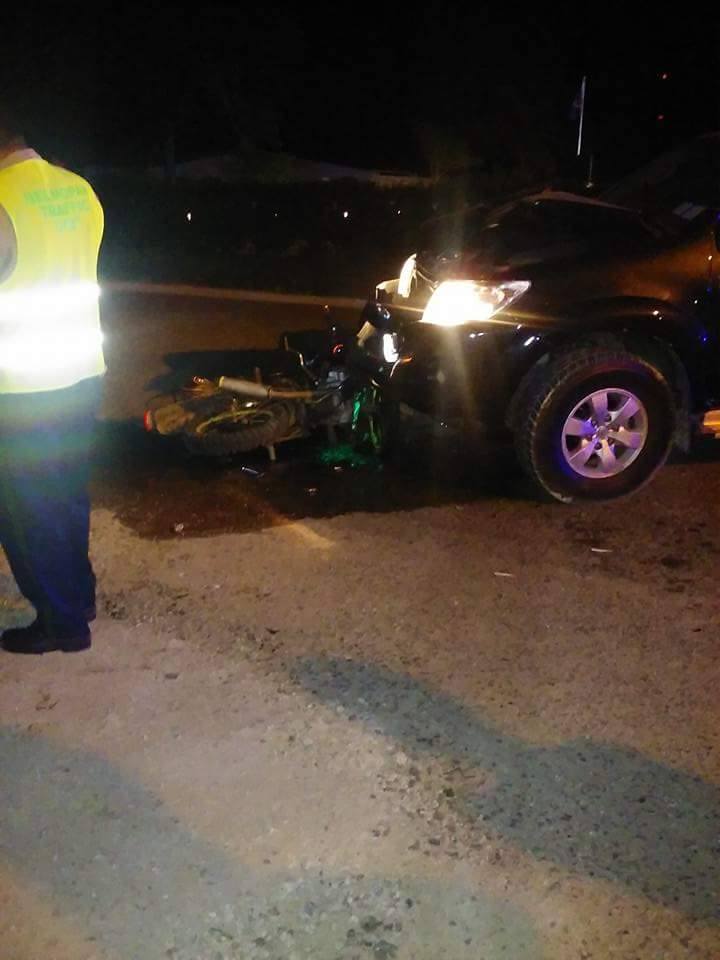 By BBN Staff: On Sunday, January 22, 2017, at about 8:48 p.m., Belmopan Police visited an area between mile 55 and 56 on the Humming Bird Highway near “The Mall” where they saw a dark blue Toyota Hilux (BMP C-05554) on the side of the road with damages to its front portion and under the front bumper was a black Meilun 125cc motor cycle with no license plate extensively damaged.

Initial investigation revealed that 43-year-old Kevin Petzold was driving the Toyota Hilux in a northerly direction and reportedly indicated to police that he was going to make a left turn into the entrance of “The Mall” when the black Meilun motorcycle driven at the time by 21-year-old Geovannie Remundo of San Martin, Belmopan who was travelling in the opposite direction with Anita Canti as his passenger collided into the front portion of the pick-up.

Both Geovannie and Anita received head and body injures and were taken to the Western Regional Hospital where Geovannie later succumbed.

Police are investigating and a notice of intended prosecution has been served to Petzold.