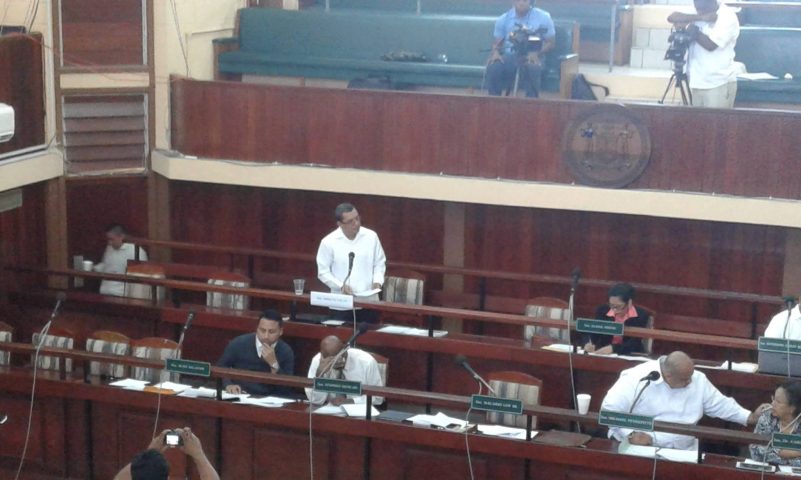 By BBN Staff: Yesterday, the newly selected 13th Senator, Osmany Salas took his oath of office inside the Senate.

Salas joins three other social partners as he represents the NGO community.

Salas gave a short address to his fellow colleagues after being sworn in stating that he pledges to do his  best to represent the community and to work towards the sustainable development and betterment of our country.

Salas also said that he acknowledges the work and support from the opposition, for supporting the work of the teachers and their efforts and the  Prime Minster for  finally deciding to listen to the cries of the teachers to sign the commencement order to ensure that the 13th senator would become a reality.

“So I appreciate that on behalf of the NGO community,” he added.

UDP Senator, Steven Duncan declared that with a 13th senator, the house will have greater transparency, “…because of the possibility that the two major political parties will be vying for the attention of the other individual senators and will probably will be making attempts to woe in order to gain a majority in the vote.”

Eamon Courtenay, senator for the opposition, People’s United Party said that it had been long over due and that there will be no attempt from his side to bring any type of corruption into the chamber.

“We propose to make our arguments on the bases of merit and to seek to convince all the senators including the government side to our position,” Courtenay added.