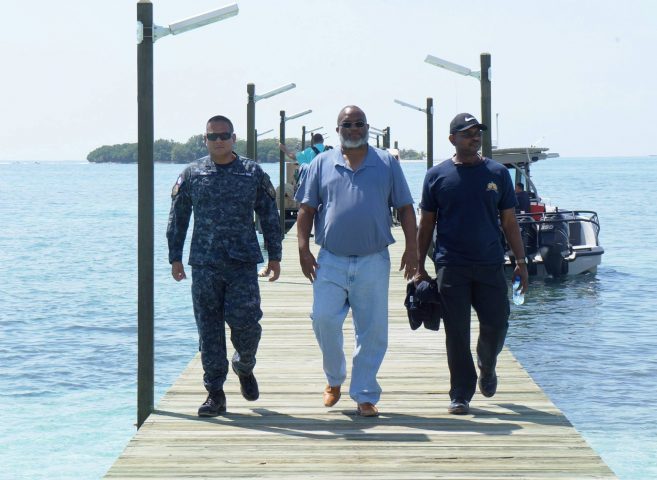 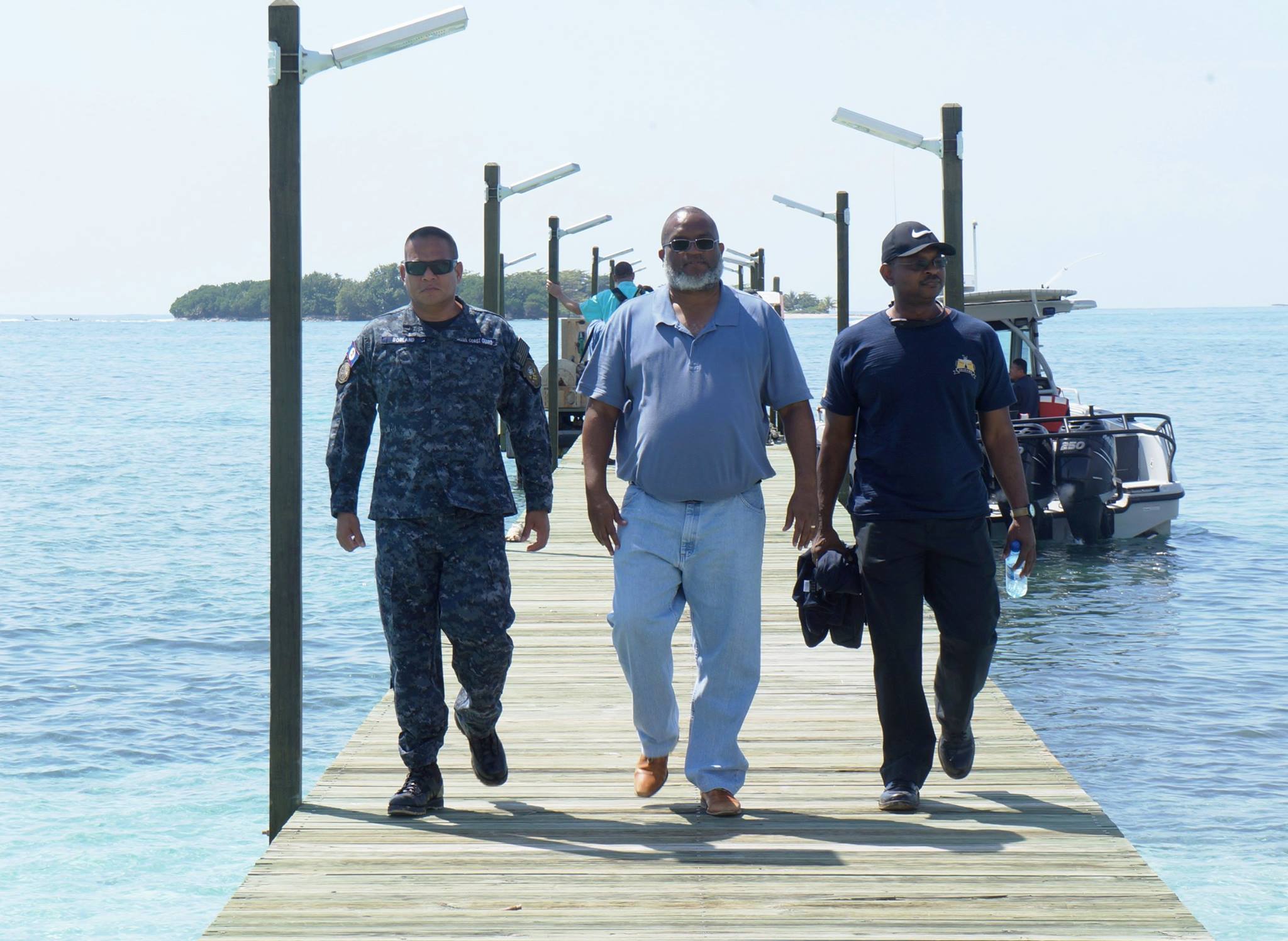 By BBN Staff: Minister of Defense John Saldivar and CEO in the Ministry of Defense Lieutenant Colonel (ret.) Felix Enriquez have commenced a national tour of facilities operated by the Belize Coast Guard, starting with the South Sector.

Accompanied by Commander of the Belize Coast Guard Admiral John Borland, they visited Hunting Caye in the South (Toledo District) where a Forward Operating Base is under construction and is expected to be completed by the middle of April. Prior to that, Saldivar and his team stopped at the Port of Big Creek in the Independence area of Stann Creek, where a new site is being prepared for the Coast Guard Sector South Headquarters. Before returning to the mainland, they traveled further south to the Port Honduras Marine Reserve, where members of the Coast Guard provide law enforcement support for the Toledo Institute for Development and Environment (TIDE) which operates a Ranger Station on Abalone Caye.

The South Sector Headquarters at the Port of Big Creek will also be accompanied by Station Big Creek. Plans are also underway for the construction of Station Punta Gorda, to be located 6 Miles outside that southern town, one mile north of the Rio Grande.

This National Tour of the Belize Coast Guard will take Saldivar in upcoming weeks to other facilities in the Central Sector and North Sector.