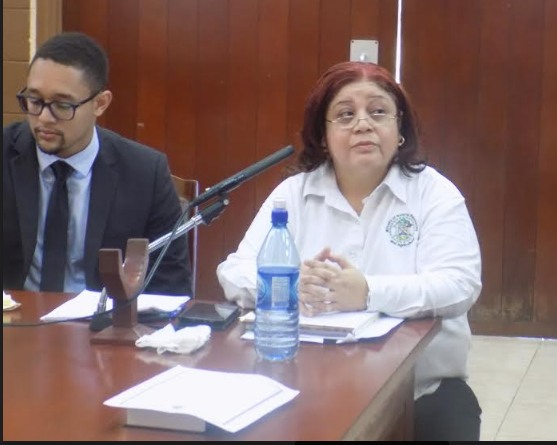 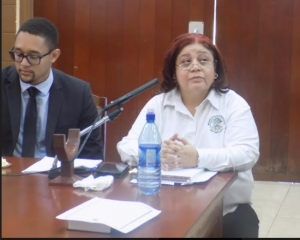 By BBN Staff: The former financial officer of the Immigration and Nationality Department, Teresita Castellanos, gave an explosive testimony to the Senate Special Select Committee this week, detailing how public officers violated many of the established protocols in the commission of their duties.

Castellanos testified that despite holding training workshops with officers to make them aware of the processes for issuing and monitoring the issuance of visa sales and distributions, the officers still kept on breaking the rules. She highlighted that memos were sent to the officers in charge, advising the staff that they were not allowed to pay for passports and other fees on behalf of the public as per Financial Order 79.

“The officers in Belmopan had a tendency to go into the cashier and pay for visas that had nothing to do with them.” Castellanos said. “They were the ones who paid the fees and took the receipt directly back to the passport office. This was wrong.”

During her testimony, Castellanos described the department as the “belly of the beast,” saying that the department had an ingrained culture of corruption among the officers, who operated much like a fraternity.

Castellanos said that former Immigration Director Maria Marin, led a small team which tried to address the blatant abuse of process seen throughout every echelon of the department; however, they were met with heavy resistance.

She gave the Senate Committee numerous reports to review, during her testimony. She is expected to be called again to testify at a later date.