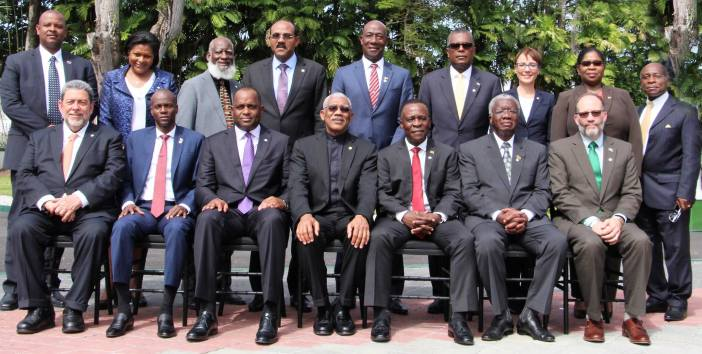 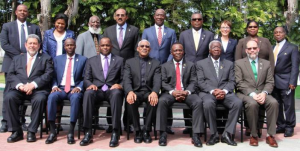 By BBN Staff:The Heads of Government of the Caribbean Community (CARICOM) held their 28th Inter-sessional meeting in Georgetown, Guyana last week where they received updates, and deliberated on regional and international issues of importance.

They were updated on the most recent developments between Belize and Guatemala and expressed support for the critical role of the Organization of American States (OAS) in the process and underscored their hope that both countries can proceed with the required referendum as early as possible.

They noted with regret that a protocol for cooperation on the Sarstoon remains outstanding.

The CARICOM leaders also emphasized their steadfast support for the sovereignty, territorial integrity and security of Belize.

They further reiterated their commitment to the process of compliance with all requisite financial standards and agreed to continue with lobbying efforts with a view to finding a permanent resolution to this matter.

Additionally, they received a report on the state of implementation of the CARICOM Single Market Economy (CSME).

The Heads of Government reaffirmed their commitment to the CSME and called on member states, institutional organs of CARICOM, and regional institutions to accelerate the pace of implementation where possible.

As it related to the establishment of a First Ladies’ and Spouses of Heads of Government network which seeks to address Every Caribbean Woman, Every Caribbean Child Initiative, the leaders also committed their full support.

The conference deliberated on numerous matters including but not limited to regional tourism, information and communication technology, regional security and relations with Cuba. The conference also recognized the importance of relations with the European Union within the context of the Cotonou Agreement and pledged to guide the regional efforts in this direction.

The next meeting of the Heads of Government of the Caribbean community is scheduled for July 2017 in St. George’s, Grenada.