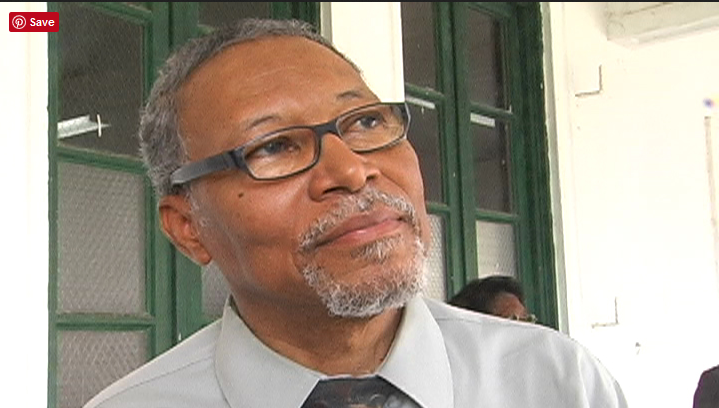 By BBN Staff: Minister of Agriculture, Godwin Hulse, at a media event yesterday was asked about an incident in which his son allegedly pistol whipped a man but has not faced charges.

Hulse, however, said the situation was not as clear cut as the allegations have made it seem. Hulse explained that the alleged incident transpired only after his son, who runs a gas station in Belmopan, was confronted by a disgruntled and aggressive customer.

The incident reportedly happened about a month ago, however, no arrests have been made. Hulse refuted claims that he interfered in the investigation on his son’s behalf.

According to Hulse, the customer visited the gas station and filled his truck but was displeased with the transaction and argued that the gas station’s meter was wrong. The customer left without paying then returned with a police officer, Hulse said.

“Why the hell would a police come back is beyond me. Now I don’t know what expertise he has to do that…,” Hulse added. He said the customer again left without paying. He said he also advised his son to make a police report.

Hulse said the disgruntled customer returned the following day and confronted his son in front of his wife and child. A cursing match then reportedly ensued at which point the customer allegedly charged at Hulse’s son, who grabbed the customer and withdrew his licensed firearm.

“Now please explain to me if you should stand there to make some foreigner or some Guatemalan or whoever kill your backside then run across the border and the case done. I say hell no,” Hulse told the media.

Police have been reluctant to make any comment on the incident even though the department was first asked about the incident weeks ago.