PUP and VIP demand re registration 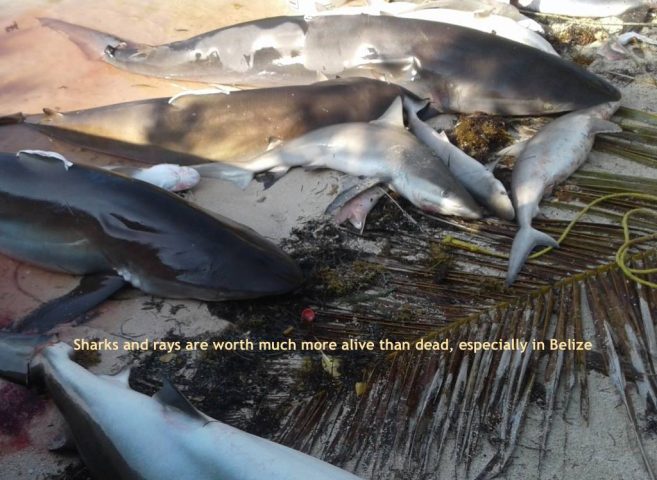 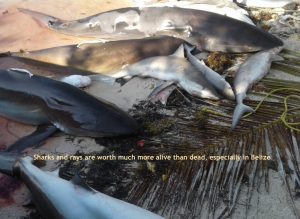 By BBN Staff:The MarAlliance today posted on its social media page that it has been informed that shark fishing is taking place again near the Lighthouse Reef Atoll.

According to MarAlliance, the shark fishers are refusing to vacate private land.

This is not new to the fishers as last year, they were using nets and longlines, which killed an estimated 1,000+ sharks (per accounts of several occupants of Sandbore Caye in Lighthouse Reef).

MarAlliance says it was informed that the shark meat and fins were exported to Guatemala.

“The impact of this fishing was substantial: dive operators and our annual scientific monitoring both registered a significant drop in records of sharks following the shark fisheries discovered in February 2016,” the statement says.

It goes on to explain that “Belize was outraged that its long-lived marine wildlife that generates a conservative estimate of BZ $6.8 million in renewable income from protected area entrance fees and snorkel/dive tour costs from ONLY Lighthouse Reef Atoll should be fished unsustainable if at all. Belize is in a rare position worldwide of being able to benefit from sharks and rays for tourism and does not depend on these species for food.”

MarAlliance says that it has asked for but not received clarifications from Government on how positive changes can be made to improve protection for sharks and rays and reduce the use of net and longline gears. “We were told that nets would be phased out. We also asked how these species and gears will be addressed by the Managed Access program, and whether nets and longlines will be prohibited in Lighthouse Reef Atoll,” it said.

Many organizations have asked for transparency on which fishers have been assigned the different zones in Managed Access, and in this case Zone 7 which includes Lighthouse Reef Atoll and two World Heritage areas, the Blue Hole and Half Moon Caye natural Monuments.

The alliance has also reached out to the tourism industry directly including talks with Tourism Minister Heredia, BTB representatives and BTIA to request clarification on their stance regarding sharks and rays and explanations as to why sharks and rays cannot benefit from similar protections afforded to Belize’s recreational fish species (bonefish, permit and tarpon).

“We have not received answers to these requested clarifications,” the release stated.