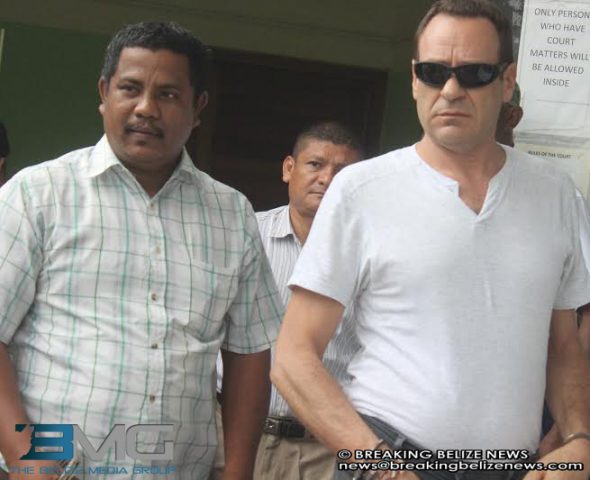 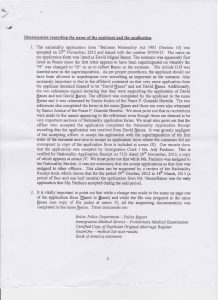 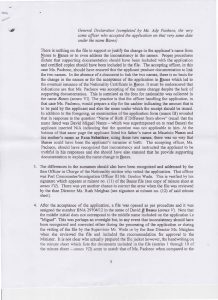 By BBN Staff:An internal document leaked from the Immigration and Nationality department this week, gave a  detailed breakdown of how accused embezzler David Nanes Schnitzer, worked with corrupt public servants and at least one Minister to get fraudulent Belizean documents.

The 14-page document, prepared by former Immigration Director Maria Marin and directed to her CEO, explained that things were wrong with Schnitzer’s documents, from his initial application in November 2012.

Pacheco also accepted the application, ignoring the fact that the United States Passport used in the application process was tampered with; again producing both the names: “Banes” and “Nanes” on the same copy. Regardless of the error, Pacheco wrote off the document as a “certified true copy.”

Marin further states that “it is not normal procedure for a nationality application to be granted in such a short time frame.” According to information on the file, “the entire process took only 19 days from application to completion while the process normally takes a minimum of 6-8 weeks and there is no facility in place for expedited services”.

“We note that his application was also signed by Gonzalo Heredia – brother of Minister Manuel Heredia – a senior JP – who attested that he had known Nanes for 5 years. Nanes was not in the country during that period,” Marin said in the memo.

Marin recommended disciplinary actions for senior immigration officers Ady Pacheco and Gordon Wade, both of whom are named in the Auditor General’s Audit Report of the Immigration department. Both officers are also appearing before the Senate Special Select Committees as part of the public inquiry into various other incidents of wrong doing cited during the period 2011-2013.

The leaked memo also identified irregularity issues regarding Nanes entry into Belize and his permanent residency application by former Directors Ruth Meighan and Garrett Murillo, as well as it raised issue with Minister Castro’s recommendation, but Marin recommended that these be handled at a higher level.