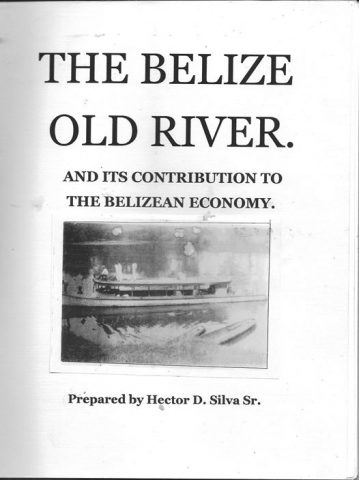 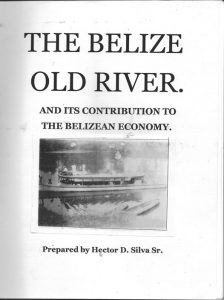 By Hector Silva:In the 1580’s the Belize River was referred by the Maya civilization as the ” RIVER TIPU “.perhaps because it led to the TIPU CITY.
Later on when the Baymen Settlers, who began moving further to the interior, referred to this river as the ” RIVER OF THE BULLY’s “.
Some people believe that one of the reasons for the name BULLY, was, because of the abundance of the tree called “BULLET TREE”, along this river.
The Belize River has two main branches which are the MOPAN and the MACAL Rivers which meet at Branch mouth near San Ignacio & Santa Elena to form the BELIZE OLD RIVER.

THIS RIVER HAS MANY SIGNIFICANCIES in the BELIZE STORY or Story of the nation of Belize. – ( more is in my book with this cover ) May I just mention, the FOUR CIVILIZATIONS, served by this River.
1. – THE MAYA CIVILIZATION for thousands of years.
2, – SPANISH INVADERS for a short period, until they were driven away by the MAYAS in 1642 and the Baymen Settlers in 1798.
3. – THE BRITISH COLONIZERS from 1638.to 1981. – and now
4. – THE BELIZEANS as Farmers,Traders, & now THE RUTA MAYA.

FOR THOSE INTERESTED IN THE SOVEREIGNTY OF BELIZE,
Let it be known, that the Belize Old River settled ARTICLE SEVEN OF THE ANGLO- GUATEMALA TREATY, which reads as follows:
ARTICLE 7 – states
” For the good relations which existed between Her Britanic Majesty;’s Government and the Government of the Republic of Guatemala it was AGREED, that for the improvement in the communications between the two CONTRACTING PARTNERS, they CONJOINTLY ( between the two ) AGREED to build a CART ROAD ( say mule & cart road ) from the sea near Belize to Guatemala, OR ” USE THE EXISTING RIVERS “. ( for their development )
WELL I could tell you, that the Department of El Peten, Guatemala was developed by the USE OF THE BELIZE OLD RIVER.- ( millions of Mahogany logs from Peten were floated down this River,- millions of pounds of Chicle from Peten were transported down this river in 26 River Boats.
Most of El Peten supply of goods of all kinds food and building materials were transported to San Ignacio and then transported by Packs of Mules. – – – – ( My Maternal Grandfather Farrias had many of these mules that traded with El Peten.
SO Minister SEDI ERLINGTON< – please read this article over and over ) – STOP THIS ICJ SLAUGHTER HOUSE ! – ( good morning )
” .
. .