Leela Vernon “Queen of Bruk” down has been laid to rest 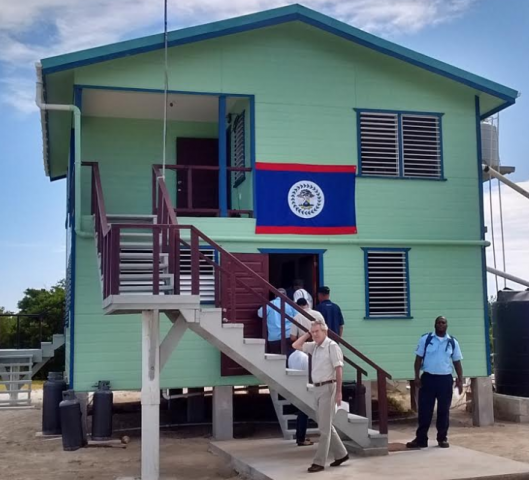 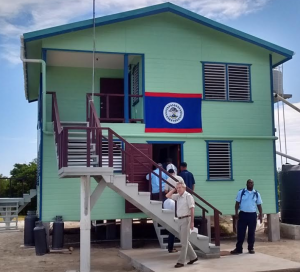 By BBN Staff:The Turneffe Atoll Sustainability Association (TASA), the entity that co-manages the Turneffe Atoll Marine Reserve along with the Government of Belize, inaugurated two new outposts in the area this week.

Fisheries Administrator Beverly Wade, and Jose Alpuche, Chief Executive Officer in the Ministry of Agriculture, Forestry, Fisheries, the Environment, Sustainable Development, and Immigration did the official ribbon cutting for the facilities on Wednesday.

The buildings were primarily funded by the Bertarelli Foundation, an organization that supports NGO’s in the areas of marine science and conservation; life science research; and support for local communities.

Valdemar Andradi, executive director for TASA explained that TASA’s role is to monitor the vicinity to ensure that those using the area comply with fisheries regulations and sustainable management of the area’s resources.

TASA’s new presence will allow for daily patrols where rangers will be monitoring for illegal fishing, unlicensed development, as well as to ensure compliance with development permits.

Under the new managed access fisheries system, the Turneffe Atoll Marine Reserve (TAMR) is designated as Area 6. Rangers will check to ensure that fishers and boats found in the area are licensed to fish within Area 6, and what they are allowed to fish for.

The TAMR, established by law in 2012, is the largest marine reserve in Belize, and the largest Atoll in the hemisphere. The area is a crucial for local and commercial fishing, as well as lobster and conch diving.