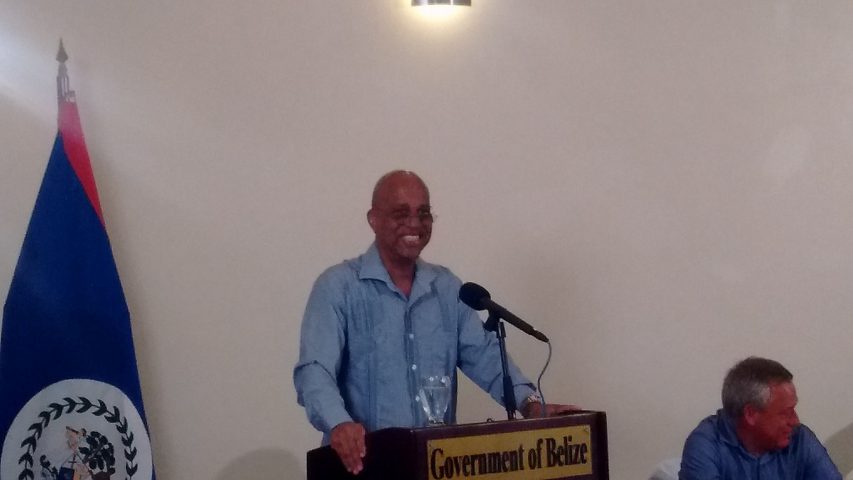 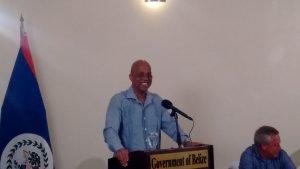 By BBN Staff: Prime Minister Dean Barrow, during a press conference yesterday flanked by members of his financial negotiating team, shared details of the government’s latest restructuring of the “Superbond” and declared the re-negotiation a success.The success of the new terms, however, depend on Belize’s ability to meet certain agreed targets and honor its payments. The total savings on the government’s latest restructuring effort amounts to an approximate $100 Million. According to Barrow and his financial team, the new terms see a 27 percent reduction in interest payments. There was no reduction on the principal amount, however.

Under the new terms, the interest rate will remain fixed through to the start of the amortization schedule at 4.9375 percent, retroactive to the last coupon payment which was scheduled for February 20. The interest rate, which was previously set a 5 percent, was scheduled to step up to over 6 percent in August of this year and would have put an even greater burden on GOB coffers.

The amortization schedule, which under the previous terms would have started in 2019, has been pushed back to 2030. GOB will now make five equal annual payments starting February 20, 2030 and ending in 2034. The new amortization schedule frees up cash-flow for government in the meantime but GOB has also agreed to meet fiscal targets.

The new terms call for GOB to meet a primary  surplus of at least 2 percent of GDP for each of the next three fiscal cycles starting 2018/2019. If Belize fails to meet that primary surplus in any of the agreed years, Belize will make quarterly interest payments rather than the currently agreed semi-annual payments scheduled. Also, if Belize fails to meets its 2 percent GDP growth target, Belize must seek assistance from the International Monetary Fund (IMF) to determine its deficiencies and seek recommendations to meet the target.

Apart from the new terms, GOB has also undertaken to cover the expenses and fees for the Bondholders’ Committee and other agents involved in the negotiation including lawyers and advisors. Barrow estimates this payment will amount to around US $4 Million. Other estimates suggest it could total around US $5 Million after final tabulation.

Barrow thanked his team and assured public officers that there would be no retrenchment and said salaries and increments would not be affected. He acknowledged that GOB would need to make certain spending cuts and seek other means of revenue. Barrow did not directly mention anything about taxes but Financial Secretary Joseph Waight, in an interview with the media several weeks ago, admitted that there would likely be some tax adjustments.