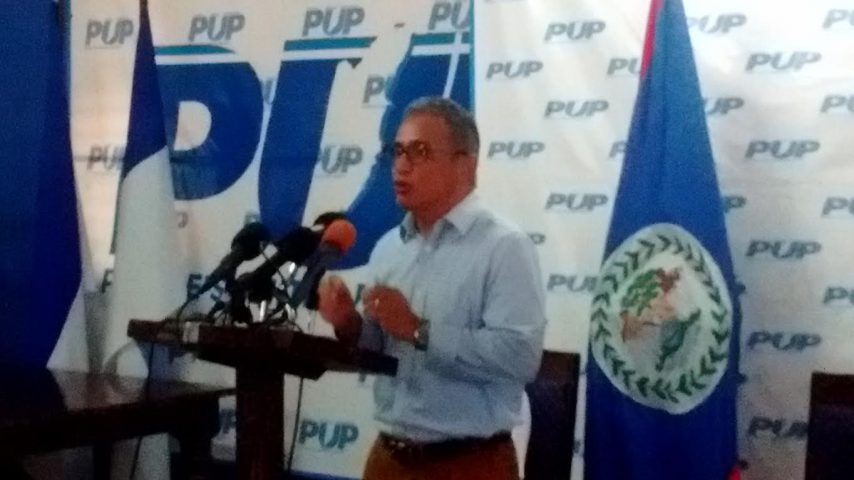 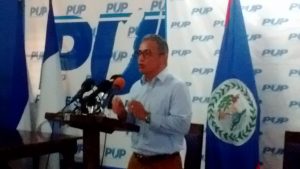 By BBN Staff: People’s United Party Leader John Briceño called a press conference today, attacking the Government of Belize, for its renegotiation of the 2034 US Dollar Bond (Superbond).

Briceño said that Prime Minister Dean Barrow deceived the nation by calling the re-negotiations “successful” because the new terms do not present any real saving to the country.

Briceño explained that the new terms did not come with any principal reduction of the bond, which means the nation has no debt relief. He added that even though the new interest payment arrangement would allow for approximately US$7 million, GOB has agreed to pay the legal fees and other costs associated with the restructuring, which amounts to almost US$7 million.

Briceño also said that the Prime Minister has set the nation up to end up in an International Monetary Fund standby program, because his government will not be able to meet the 2 percent primary surplus target, that it committed to in its revised terms.

Additionally, Briceño also called on the government to begin voter re-registration saying that there is no reason why the government can’t get it done in 2017.

“Obviously, it is not in the UDP’s best interest to hold voter re-registration because they have padded certain divisions that they can’t win such as San Pedro and Belize City,” the PUP Leader said.