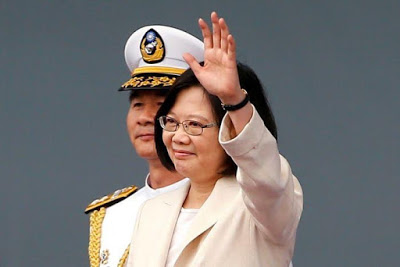 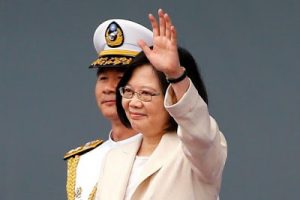 By BBN Staff: The recently elected president of Taiwan, Tsai Ing-wen, is scheduled to visit the Caribbean later this year because its relations with some Caribbean allies have become “unstable.”

According to reports, some Caribbean countries have kicked Taiwan to the curb and have instead embraced mainland China.

Nevertheless the Taiwanese President is seeking to visit this region to rebuild relations. Her government wants to cement ties with diplomatic partners here in the Caribbean.

Last August, the main Opposition New Democratic Party (NDP) in St. Vincent and the Grenadines announced that it would switch diplomatic
recognition from Taiwan to China if it is elected to office in the next general election even though that country has maintained unbroken
diplomatic ties with Taiwan since 1981. During that announcement made by the leader of that party, Arnhim Eustace, he said, “In this regard, fully cognisant of the ever-evolving
symmetry of international affairs, and the principal responsibility and obligation of our party in or out of Government to diligently pursue and protect the best strategic interests of our country, I hereby formally announce that the New Democratic Party of St. Vincent and the Grenadines, as of today’s date, August 23, 2016, has taken the decision to recognise the United Nations accepted norm of a One China
Policy,” the NDP leader said in a statement last August.

As Taiwan and mainland China race for support, it will be left to see if the Caribbean will turn its back on Taiwan after all the financial


support Taiwan has given.