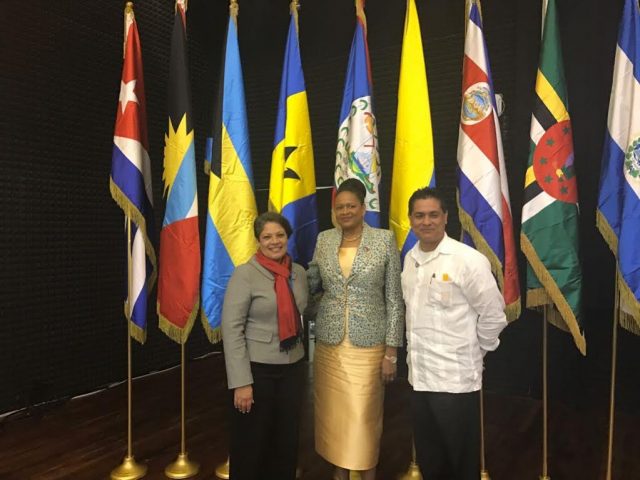 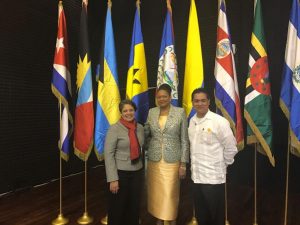 By BBN Staff: The Association of Caribbean States (ACS) held its 22nd Session of the Ordinary Meeting of the Ministerial Council today, March 10th, in Havana, Cuba, according to a Government of Belize press release.

The session brought together 25 nations of the Caribbean region which include the 15 member states of CARICOM, as well as Latin American Member States such as Cuba, Mexico, and Central and South American countries that share the Caribbean Sea.

According to the release, the meeting underscored the work that the secretariat has undertaken with the aim of re-energizing, re-organizing and ultimately rebranding the ACS.

“The very specific work of the Association in reference the protection of the Caribbean Sea as a shared patrimony was highlighted. The effort of Secretary General Dr. June Soomer to strengthen the ACS, instill strategic planning and to attract donors was applauded,” the release states.

The release also mentions that member countries expressed their opposition to the blacklisting of Member States by non-regional partners and their deep concern regarding the ongoing assault that the loss of correspondent banking represents for the economies of the Caribbean.

At the meeting, the ACS emphasized the deep sense of loss felt by the region by the passing of the Commander in Chief and Leader of the Cuban Revolution Fidel Castro Ruz, as well as the passing of the former President René Préval of Haiti.

Tomorrow, March 11th, 2017, the 5th CARICOM-Cuba meeting is scheduled to be held in Havana, and it is expected that CARICOM and Cuba will accentuate their resolve to strengthen the relationship and seek ways to improve strategic partnership.