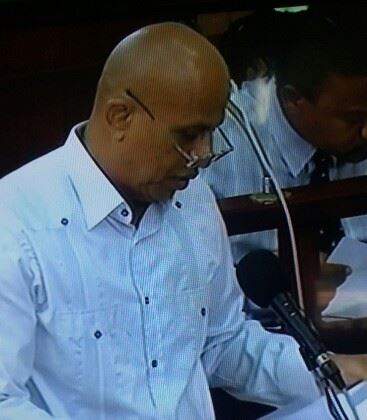 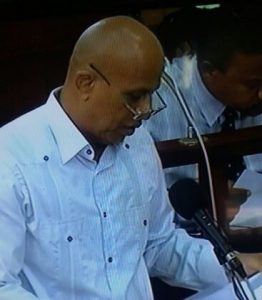 By BBN Staff:  The Budget presentation is happening now at the National Assembly in Belmopan City.

Prime Minister Dean Barrow began his presentation this morning by saying that government’s revenue has seen a rise of 6 percent over the last fiscal year.

Barrow stated that a report from Central Bank indicated that the budget for 2017-2018 will allow for the recovery of the Belizean economy of up to 3.5 percent.

Barrow stated that the economy experienced increase jobs and investment opportunities and the UDP administration set programs to protect the pro-poor and productive sector incentives.

In his own words, Barrow stated: “Nation building is for giants and the United Democratic Party are the titans that will get the job done.”

The PM also referred to the Superbond as being a product of the opposition, People’s United Party.

Barrow explained that government won consent to reduce the value of the bondholders claim against Belize.  A reduction of 25 percent was accomplished to value $170 million.

For the 2017-2018 budget, Barrow declared that the focus will be placed on providing resources for investment for infrastructure, health, education and national security.